[Eric’s Note: We’ve repeatedly blogged on first sale/exhaustion principles on the blog, usually lamenting how easily circumscribed they are (see, e.g,. the posts about Mary Kay v. Weber and the Beltronics case) and the potential deleterious implications for e-commerce marketplaces like eBay. You may even recall the 2010 conference we had on the topic at SCU. Prof. Liebesman, who has guest-blogged here before a couple of times, put together a helpful article on this key topic. The article recounts and rationalizes the loose doctrinal threads contributing to the confusion over trademark exhaustion/first sale. This blog post helps explain why you should check out the entire article.] 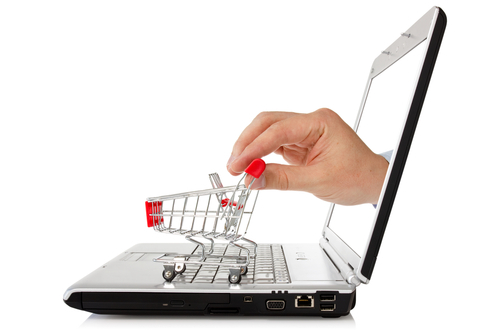 Our article, recently published in the George Mason Law Review, concerns mark owners’ attempts at stifling the online resale of their goods. Over the past ten years, casual resellers have migrated from garage sales, swap meets and consignment stores to online sites such as eBay and Craigslist. What were once minor side hobbies have, in many instances, become lucrative businesses. Today, there are hundreds of books available about selling goods online, every month 30 million new ads are posted on Craigslist, and every day six million new listings are published on eBay. These goods—when genuine? should be protected by the first sale doctrine, a well-known defense to infringement claims that applies across patent, copyright, and trademark law. Simply stated, once a manufacturer sells a product, it may not interfere with future sales of that particular good.

As one can imagine, this explosive growth of online resales has negatively affected the market for new goods, leading manufacturers to try to stifle independent resellers. Encouraged by expansion of trademark protection in the courts, mark owners have become increasingly aggressive in policing their marks, often relying on spurious claims of trademark infringement. Specifically, mark owners will claim that the reseller is causing initial source or sponsorship confusion based on the distribution channel, even though there is no confusion as to the source of the genuine good. They have also taken their fight to Internet service providers and online auction sites, alleging contributory infringement based on resellers’ use of these sites to advertise the goods. Courts have aided manufacturers by ignoring the lack of confusion as to a good’s source and finding that online initial interest confusion as to sponsorship or affiliation of the distribution channel constitutes infringement. These courts’ reasoning is even contradicted by strong evidence showing that many consumers visit sites like eBay and Craigslist for the purpose of finding genuine goods at lower costs than they would find buying directly from the mark owner or authorized retailer, and are therefore not confused as to affiliation regarding distribution channel. Small resellers, however, are faced with either defending themselves in court (where a successful defense is becoming increasingly uncertain) or ceasing operations.

Marks can be inextricably bound to the goods to which they are attached. For example, when one buys a Waterford crystal vase, the Waterford mark remains associated with the vase. No matter how many times that vase is sold, traded, gifted, regifted, or bequeathed, it forever is identified as a Waterford vase, which is one of trademark law’s chief functions: identifying the source of the vase. A claim of confusion based on this unbreakable association is neither the goal nor the intention of trademark protection. Merely because the Waterford mark remains linked to its vases as a source indicator does not and should not allow Waterford to control sales of their goods that take place outside their own distribution chains. Such an outcome would eviscerate the very purpose of the first sale doctrine.

In our article, Mr. Wilson and I argue that, in the context of the Internet secondary market, whether the distributor is affiliated with the manufacturer is irrelevant as long as the goods are genuine. Courts should apply a presumption of no affiliation between the reseller and the manufacturer, and for any successful Lanham Act claim, actual deception regarding this affiliation should be required. We also propose the elimination of initial interest confusion as a cause of action under the Lanham Act, as well as legislatively strengthening trademark first sale and nominative fair use doctrines, so that making use of those defenses does not create a higher bar to scale when the resale occurs online versus in a brick-and-mortar setting.

Our call for an end to spurious claims of confusion is in accord with the work of other scholars regarding irrelevant confusion, the weak state of trademark fair use, and the inadequacy of trademark defenses. As with those arguments, our article contends that mark owners’ attempts to increase the scope of their control over distribution channels thwart competition while doing little to protect consumers from deception. Our suggestions would protect the lawful sale of goods in the secondary market while allowing manufacturers to prevent counterfeit products from being sold online. These proposals would provide resellers and auction websites guidance in navigating the minefield of rights and duties with regard to Internet secondary-market sales.

Policies that advance the mark owner’s ability to control all distribution channels would harm consumers and disincentivize competition; manufacturers would have less motivation to innovate and improve their product when they control all distribution of goods beyond their first sale. Conversely, protecting the resale market increases consumer choice and spurs mark owners to innovate and develop new and improved products.

[Photo Credit: “e-commerce concept. hand reaches out of a laptop with a shopping cart” // ShutterStock]