As successful Internet companies evolve from shoestring start-ups into marketplace incumbents, inevitably their reward will include antitrust challenges to their conduct.  The flagship example is the FTC’s investigation of Google’s ($GOOG) practices, which has been dragging on for nearly two years–mostly because the FTC didn’t have (and probably still doesn’t have) any smoking gun evidence of Google’s bad behavior.

While the FTC investigation might get the headlines, there has been a steady stream of lower-profile antitrust challenges against Google as well (KinderStart, Person and myTriggers are three cases that come immediately to mind).  These civil challenges rarely go anywhere because they have zero merit.  It’s easy to plead an antitrust violation, but it’s much, much harder to prove.

Now that Facebook ($FB) has developed into an Internet incumbent, antitrust claims are beginning to follow it too. Just like Google’s experiences,  most claims against Facebook are probably spurious, as evidenced by a recent ruling. 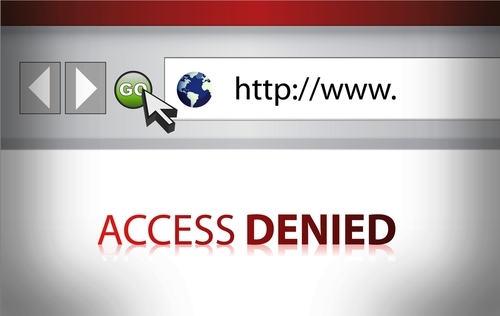 PageRage is a user-installed browser plug-in that customizes the display of Facebook’s pages.  Facebook denigrates PageRage as adware, but PageRage claims that Facebook didn’t initially object to PageRage’s operation as a plug-in.  PageRage says it grew to 4 million users/day and over $1M in monthly ad revenue before Facebook changed its mind and dropped the hammer on it.  PageRage claims that Facebook became concerned that advertisers were using PageRage as a cheaper way to reach Facebook users, so Facebook thwarted use of its plug-in in two ways: (1) Facebook organized an advertiser boycott, and (2) Facebook required its users to remove all plug-ins from PageRage’s parent company if users wanted to access Facebook.  PageRage then says Facebook’s technological block cost it a million users/day, and Facebook reenabled PageRage use only when PageRage agreed not to display its own advertising, leading PageRage to cut “more than half its workforce, cease developing new products, and suffer significant financial losses.”

PageRage objected to several of Facebook’s practices, such as Facebook’s requirement that app developers display only Facebook-approved advertisers in their apps.  The court responded that Facebook may have legitimate business reasons for restricting the ads its users see (the court cited “Facebook’s ability to maintain the quality of its product”), and the court noted Facebook didn’t restrict PageRage’s activities outside of the Facebook network (cites to LiveUniverse v. MySpace and Facebook v. Power Ventures).  As a result, the court dismissed PageRage’s complaint, although it did give PageRage a chance to try again.  I expect PageRage will file an amended complaint, but I doubt it will fare any better in court given the over low merit of their arguments.

Although this was an easy case, the judge had some strong and interesting views about how antitrust law cannot interfere with Facebook’s rights to manage its user experience.  For example, the court says:

There is no fundamental right to use Facebook; users may only obtain a Facebook account upon agreement that they will comply with Facebook’s terms, which is unquestionably permissible under the antitrust laws. It follows, therefore, that Facebook is within its rights to require that its users disable certain products before using its website.

These statements are quite helpful for both Facebook and other online services.  In effect, antitrust law often involves aggrieved businesses trying to second-guess the business decisions of other profit-seeking enterprises, and we ought to support the efforts of online services to support their customers’ needs.  For more on this, see my discussion of 47 U.S.C. 230(c)(2) as an enabler of service provider discretion.

Facebook sent me this terse comment about the ruling, attributed to Craig Clark, Lead Counsel, Facebook: “We are pleased with the decision.”   As well they should be, in light of the judge’s powerful endorsement of their discretionary managerial powers!

Despite this favorable ruling, Facebook will be encountering antitrust challenges with increasing frequency for at least four reasons.  For more on this, see Robert Hof’s post, Facebook’s Looming Post-IPO Challenge: Antitrust.

First, Facebook is big, and as the FTC-Google investigation illustrates, big increasingly triggers antitrust scrutiny even without any evidence of bad conduct.  Second, Facebook benefits substantially from network effects that effectively lock-in its users–even if they no longer love the site.   This lock-in effect gives Facebook some leverage to control ancillary economic activities both on and off Facebook, as well as make poor anti-user product choices and avoid punishment in the marketplace.  Third, as more entrepreneurs invest in Facebook-specific applications whose value can be instantly reduced or destroyed by Facebook’s self-interested business decisions, we can expect these entrepreneurs will reach for any tool to preserve their investments.  Fourth, I’ve seen a small uptick in the discussions of Facebook as “infrastructure” or “a utility,” and either characterization leads towards further regulatory control over Facebook’s product decisions.  Thus, Facebook may have won this easy court challenge, but the looming battles will become increasingly dangerous to Facebook’s autonomy–and profits.