Preview of Our “Solutions to the Software Patent Problem” Conference

On Friday, we’re having our big academic conference of the semester, “Solutions to the Software Patent Problem.” At the conference, experts will propose their ideas of how to fix software patents. Ultimately, we hope there will be enough enthusiasm among the participants to coalesce around one or more proposals and see if we can actually make progress.

In preparation for the conference, we held a “preview” for the students so that they would understand the conference background better. Without previews like this, students often don’t get as much out of the conference because so much of the discussion goes over their heads. Colleen Chien was supposed to do the preview but she had a major conflict, so I stepped in. Below, I’ve included my talk notes. If you’re really interested, I’ve also posted the audio from the talk. I hope to see you on Friday!

1. The case for patents

* Why do this? Counterintuitive solution! By giving monopolies, we improve social welfare by preserving innovators’ ability to recoup R&D costs.

* How? Quid pro quo: in exchange for right to exclude, we get innovations now + information disclosure now + unrestricted innovations into public domain in the future.

2. Problems with the patent story

* Empirical Q: do we get the quid pro quo? No way to prove that we’ve calibrated patent law properly. Tempting to think that because patents are good, more patent rights are better! Patents are faux metrics of innovation. Plus, patent owners have incentives to vitiate the quid pro quo.

– APA puts burden on examiners to disprove applications, and then patents born with presumption of validity

– PTO examiners focus on prior patents as prior art and ignore applicant-submitted prior art, so undeserving applications can get through

– PTO is in patent manufacturing business, so they are designed to make more patents.

– Employees don’t join PTO if they are anti-patent (+ socialization)

Field effect #1: prisoner’s dilemma. Hardware/software companies don’t want patents, but they aggregate defensive patent portfolios as threat of mutually assured destruction if competitors sue. In these cases, patents aren’t about the quid pro quo; instead, companies acquire patents solely to procure freedom to operate. This may be socially wasteful activity. Companies allocate their scarce capital from R&D to buy more freedom + create rights thickets for others. 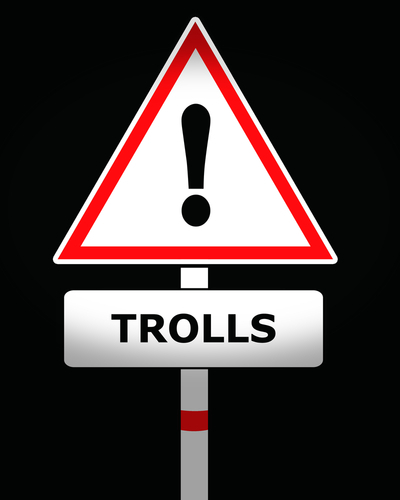 Field effect #2: opportunists (“trolls”) use legal enforcement to extract payments from operating companies. Predictable consequence of any scheme that creates payoffs from legal enforcement, and complaints about patent trolls in other art units go back decades.

3. The case against software patents

* Software “ideas” may be harder to describe than physical devices

– software innovations may be too “abstract”

– short term problem: backlog of thousands of bogus software patents that were granted in the past 15 years

– estimate that smartphone has 250k patents covering it [contrast pharma, where chemical compounds may be covered by <10 patents] 4. What to do about software patents?

Background on the conference:

– Nov 2011: Patent Defense 2.0: how has patent defense management changed in light of trolls

– instead, bring together hand-picked experts to pitch their fixes, ranging anywhere from legal “nudges” to abolishing software patents

– audience should include decision-makers who can help assess the best ideas and perhaps marshal resources to support them.

– online component at Wired.com to evangelize the issues to larger audience

Key Q: is it possible to codify software exceptionalism? Fine line between hardware/software, and software is everywhere (ex: millions of lines of software code in cars). If we can’t carve off software from universe of patentable innovations, then changes to patent system must be uniform, bringing in more opponents to any change. Colleen’s research shows that broad systemic changes to the patent system rarely are possible.

But our only option isn’t to kill software patents altogether, although some favor that. Other vectors of attack:

– change damages calculations [but needs to be coupled with injunction reform; otherwise, injunctions can still force defendants to pay up]

– change attorneys’ fees calculations, such as the SHIELD Act