In Feb. 2010, Google introduced Google Tags, an advertising option in Google Places. Google Tags is now dead, but Google’s still dealing with the aftermath. To spur adoption, Google offered free tags to Google Places merchants. There is a dispute about the offering terms. The plaintiffs thought they could get one month of unlimited tags for free; Google says the offer was for $25 off (the amount of one tag for a month). The plaintiffs are also grousy that Google allegedly didn’t delete their credit card numbers after they terminated their Tags accounts.

The court dismisses all of the plaintiffs’ claims, but gives them a second chance at more futility. I assume the plaintiffs will try again. The court’s specific discussions: 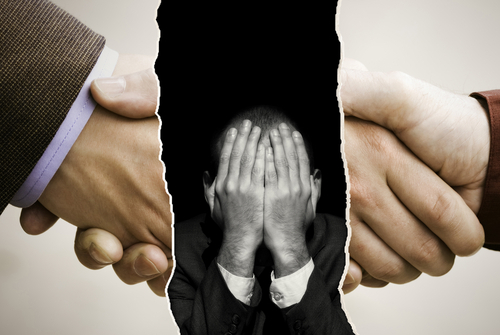 Breach of Contract. This claim fails because the plaintiffs didn’t quote the written contract terms they think bind Google.

Unjust enrichment. This claim is dependent upon, and therefore merges into, the contract breach claim.

CLRA. This is one of California’s consumer protection statutes, and the plaintiffs don’t qualify because they are businesses, not consumers.

Breach of Implied Contract. Plaintiffs claim they had an implied contract with Google to flush their credit card numbers. But what contract? The plaintiffs say industry standard is the Data Security Standards (“DSS”) promulgated by the Payment Card Industry Security Standards Council, but the plaintiffs don’t assert that Google agreed to comply with the DSS.

The court addresses a second argument:

If, as plaintiffs argue in their opposition, Google simply agreed to “handle its customers’ credit card information responsibly,” Dkt. No. 13, the claim still fails. Plaintiffs contend that Google breached the implied contract because it has retained the credit card information of plaintiffs after they have cancelled their subscription to Google Tags. See Compl. P 60. However, retaining information does not amount to handling it irresponsibly. Without more, plaintiffs have not sufficiently alleged that Google breached a general obligation to reasonably safeguard customer information.

Customer Records Act. Finally, the plaintiffs asserted that Google breached a California statute saying a “business shall take all reasonable steps to dispose, or arrange for the disposal, of customer records within its custody or control containing personal information when the records are no longer to be retained by the business.” The court says this statute doesn’t require the disposal of customer records at any specific time; it simply applies once a business has decided to make the disposal.