[Eric’s note: most expert reports in litigation never see the light of day. Naturally, this collides with my blogger’s ethos of leaving no thought unpublished. As a result, after preparing this expert report regarding the social value of consumer review websites, I successfully sought permission to share this publicly–admittedly, an unusual request. I’m happy to share this with you, for what it’s worth. These remarks are along the lines of my vaporware paper on the unexpected benefits of 47 USC 230 that I hope to finish some day.

Hope you have a happy Thanksgiving. It’s a perfect day to give thanks for 47 USC 230!]

You have asked me to opine about the social and economic impacts of consumer review websites.

47 U.S.C. § 230 treats the Internet as a unique medium. Congress enacted 47 U.S.C. § 230 in 1996, at the height of “Internet exceptionalism”—the belief that the Internet was a unique medium compared to other media. Thus, the law represents an unusual example of legislative restraint. Fearing that Congress, state legislatures or the courts would develop rules that prevent the Internet from reaching its full potential, Congress immunized online intermediaries from liability for publishing third party content—even in situations where offline intermediaries would face liability for publishing the exact same content.

47 U.S.C. § 230 enables consumer reviews—a class of content unique to the Internet. Treating the Internet as a unique medium has led to the advent of consumer reviews, a whole new class of content we never saw in the offline world. Consumer opinions about goods and services in the marketplace have been shared for millennia, principally as oral “word of mouth.” However, prior to the Internet, consumers could not easily share their opinions with larger audiences. In contrast, the Internet allows consumers to share their opinions with a mass audience at virtually no cost. Humankind has never seen a phenomenon like this before.

While consumers value other consumers’ reviews generally, they especially value comprehensive and curated databases of other consumers’ reviews. However, if websites faced liability for gathering and curating consumer reviews, they would be reluctant to undertake those efforts. 47 U.S.C. § 230 provides them a legal immunity for these generation, curation and publication efforts. The result has been a proliferation of consumer review websites. 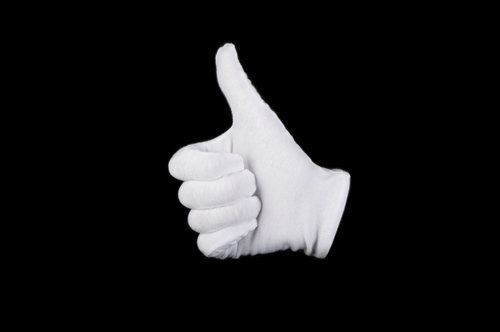 I am a tenured full-time professor at Santa Clara University School of Law, located in the Silicon Valley, California. I have been on the full-time faculty since 2006. I also direct our law school’s High Tech Law Institute. I teach and write in the areas of Internet Law, Intellectual Property and Advertising & Marketing Law. I am frequently quoted in the press (over 1,200 times in the past decade) and make public presentations (over 240 in the past decade) on those topics. In 2011, the California State Bar’s IP Section named me the “IP Vanguard” award winner (in the academic/public policy category), and in 2012, Managing IP magazine named me to a shortlist of “IP Thought Leaders” in North America.

I worked at a major Silicon Valley law firm, Cooley Godward, from 1994-2000. I began practicing Internet Law in 1994. From 2000-2002, I was General Counsel of Epinions.com, a consumer review website. I first started teaching Internet Law (then called “Cyberspace Law”) in Spring 1996. I electronically publish a casebook, Internet Law Cases & Materials, which I use in my course and other professors have adopted as well.

I started blogging on Internet Law topics in 2005. Currently, I blog at two self-operated blogs plus a Forbes.com blog. I have alerts set up to notify me of new judicial rulings interpreting 47 U.S.C. § 230, and I blog almost all of those rulings. One of my blogs, the Technology & Marketing Law Blog, has been named to the ABA Journal’s “Blawg 100” list for the past three years.

In 2011, I organized a major conference on 47 U.S.C. § 230—one of the few academic conferences that focused solely on the statute. Speakers included both of the statute’s initial co-sponsors (Sen. Ron Wyden and former-Rep. Chris Cox), the plaintiff in the leading 47 U.S.C. § 230 case (Ken Zeran of Zeran v. America Online) and many other experts.

My CV (attached) provides more detail about my background, education, training and experience.