Recently, two high-level Wikipedia UK insiders, Roger Bamkin and Maximillian Klein, were caught with apparent conflicts-of-interest.  Bamkin, a Wikipedia UK trustee and “Wikipedian in Residence,” allegedly maintained a paid consultancy for the country of Gibraltar while editing and seeking additional exposure for Gibraltar’s wiki entries–a benefit he appeared to claim was worth millions and sold for about $80,000.  Klein, also a Wikipedian in Residence, allegedly advertised that he would make Wikipedia edits to people who paid him.  In response to pushback from the Wikipedia community, Bamkin resigned his trusteeship and Klein scrubbed his website. 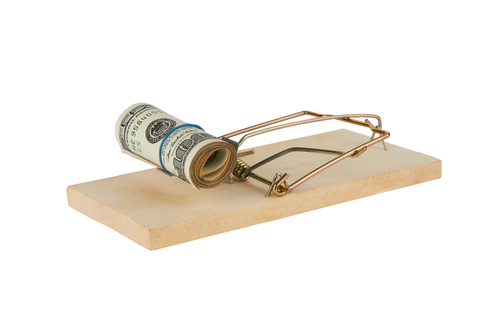 On the plus side, the incident reinforces the power of Wikipedia’s community to monitor itself and self-discipline violations of its norms.  Yet, the incident also prompts us to consider why people invest the time and energy to become Wikipedia insiders in the first place.  Should it be surprising that some Wikipedia insiders are trying to cash in on their insider status?  For reasons, I’ll explain this post, my answer is emphatically “no.”

In my 2010 article, Wikipedia’s Labor Squeeze and its Consequences, I explained how Wikipedia’s popularity and growth put increasing stress on Wikipedia’s labor model.  (The article itself builds on my blog posts over the years predicting Wikipedia’s demise; see links below).  Its combination of its high traffic and free editability creates an irresistible target to spammers and vandals.  Wikipedia has coped with the resulting stress by: (1) increasing the amount of work done by its paid employees, which have grown substantially in number over the past few years, (2) reducing the ease of editability (i.e., raising the entry barriers to making contributions to the website), and (3) developing a xenophobic culture that has stifled the pipeline of new power users (see also this article making the same point about xenophobia).  The result is that editing power is being consolidated in a shrinking number of key insiders.

Understanding why folks become Wikipedian insiders is critical to Wikipedia’s long-term prognosis, but the explanations aren’t fully clear.  Some insiders do it purely for the altruism.  Others do it because, somehow, they became integrated into the social network of other insiders.  But most people will make the heavy commitments required to become a Wikipedian insider only if they can convert that effort into a tangible payoff–cash in their pocket or external recognition that burnishes their reputation (“credit”).  Wikipedia contributors have very limited ways to generate cash or credit from their participation, leaving Wikipedia with the challenge of finding enough folks sufficiently motivated by other payoffs to replace the constantly shrinking supply of insiders.

From Bamkin’s situation, we learn that being a Wikipedia insider could be financially lucrative if insiders decide to cash in.  Bamkin allegedly offered to arrange for premium placement in Wikipedia’s navigation–an outcome he says is worth about $3.25M–in exchange for an approximately $80,000 consultancy fee.  It doesn’t take many clients paying $80k a pop to create a pretty sweet consulting business.   With millions of dollars of potential marketing value at issue, it’s hardly shocking to see an informal marketplace develop to capture that value; if anything, I’m more surprised that other insiders haven’t grabbed for the cash (or perhaps just haven’t been caught yet).

In the end, I think the incident exposes Wikipedia’s long-term fragility.  It can’t expect to recruit an adequate supply of talented insiders without providing them enough cash or credit to make the endeavor worth their while; but it can’t maintain a publication with editorial integrity if insiders sell placement for big bucks.  The Wikipedia community can drum out Bamkin and Klein from its ranks, but that’s a short-term solution at best.  Until it comes up with a viable model that provides insiders with appropriate alternative ways of receiving cash or credit for their efforts, it will keep experiencing “scandals” or keep seeing its insider base atrophy.  My 2010 article offers some possible solutions to this dilemma, but it also cautions that the insider community’s xenophobia and resistance to change may kibosh the most promising alternatives–meaning that a dystopian outcome for Wikipedia remains a lingering and worrisome possibility.

I’ve blogged frequently about Wikipedia’s labor challenges over the years:

* Why More Wikipedia Editing Restrictions Are Inevitable, and Some Comments on Flagged Revisions for Living People’s Biographies (Aug. 2009)