In 2008, Sahar Daftary fell from a 12th floor building in England. Her surviving family members are trying to access records from her Facebook account to gather information that may show Daftary didn’t commit suicide. (Here is a news story that mentions the family’s efforts: “New twist in ‘Face of Asia’ model’s Salford Quays death fall tragedy“.) The family members sought an order under 28 USC 1782 to force Facebook to disclose the contents (created or posted during a limited time period) from Daftary’s account. 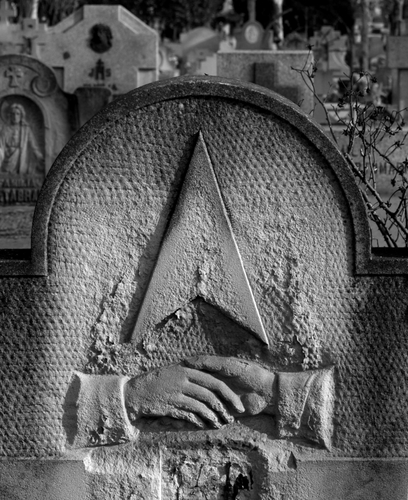 Citing the Stored Communications Act, the court grants Facebook’s motion to quash. The family members argued that they could consent to disclosure on Daftary’s behalf, but the court says that consent does not mandate disclosure. Under 18 USC 2702, a service provider such as Facebook may disclose the contents of an account based on consent. Unfortunately, the court declines to issue what it characterizes as an advisory opinion on the question of whether the family members may consent on Daftary’s behalf.

The waiver argument: Access to the social media profiles by a decedent’s estate is an issue that’s been brewing over the past several years, and as described in this recent article, at least a couple of jurisdictions are considering laws that would allow the estate to access social media posts. The issue of whether the owner of an account may consent to disclosure of its contents that are protected under the SCA is also something that courts have struggled with, mostly in discovery cases. (See, e.g., the Juror No. 1 case.) There hasn’t been a clear answer, but a few courts have said that a party can be forced to consent to disclosure of otherwise discoverable evidence. Here, of course, the decedent is not around to consent, and the issue of whether the estate can consent on behalf of the decedent complicates matters. Unfortunately for the parties, Judge Grewal punts on this issue. It is significant that he says consent only permits the network to disclose communications to the extent it chooses to do so. This conclusion may put a wrench in the consent/waiver argument as used in civil cases.

The Twitter OWS case: This case brings to mind the Harris case, where privacy and metadata were at issue (at least as I understood it) but in public statements, likely to address the standing issue, the case ended up being spun as one over the “ownership of Tweets.” (See, e.g., “Judge Orders Twitter to Release Protester’s Messages.”) The Harris case seems largely consistent with this case in that it involved publicly posted tweets with respect to which the court said there is no expectation of privacy (the metadata would be subject to disclosure based on the third party doctrine). That case involved law enforcement rather than private parties seeking information from the social network, so this partially accounts for the differing results.

Privacy vs. ownership of the content: As with all other social media ownership cases, it’s worth separating access to the account from ownership or access to the content or posts within the account. There are two separate interests at play: copyright or ownership of the content vs. the privacy interests of the account holder. With respect to the publicly available content, the parties may be able to make a copyright argument that the rights to the content passes to the decedent’s estate, but that’s not what the family wants in this case–it’s interested in private communications that are protected from disclosure under the SCA. Interestingly, the court didn’t drill down into what categories of content (or non-content information) were sought by the family. The sought after information is merely described as (presumably non-public) “records” from Daftary’s Facebook account. (Non-content information would presumably be available in discovery. See Mintz v. Bartlestein, where a court ordered non-content phone records disclosed. The disclosure of publicly available posts should not be barred by the SCA. See Crispin v. Audigier.)

The ownership of a decedent’s online content was implicated in a 2009 case where someone sued Google over allegedly defamatory content posted by someone who had since passed away: “Blogspot Sued for Dead Blogger’s Content.” As Eric mentions in that post, it probably makes sense for the networks to have their own processes in place and not make it too easy for third parties to get access to accounts. Networks also face liability from the other direction where they provide access without following the proper protocols. (See, for example Eyesoldt v. Proscan.)

Treatment of the account vis a vis the decedent’s privacy interests is a tough one. Unlike ownership of the content, the decedent has a privacy interest in his or her account that shouldn’t necessarily pass to the estate. As Eric mentioned when we were chatting about this case via email, shouldn’t people be able to take secrets with them to the grave? I don’t know how papers and personal effects that are intended to be kept private are treated in the offline world, but this certainly seems to say that at least in the event of your passing, if you want something kept private, your social accounts may be one possible place to store it. (On the other hand, networks seem to be taking a privacy-friendly approach of late, but they are erratic at best over the long term.)

It’s also worth nothing services exist that purport to give family members access to your account credentials post-death. I have no idea how effective those services are, and I can certainly see Facebook or another network taking a hard line approach and refusing access to family members on the basis that access to the decedent’s account does not comport with the network’s terms of service. Another alternative I’ve wondered about is whether networks would come up with their own protocol for being able to designate who gets access and under what conditions. (Here’s a post from Facebook on what looks like its current policy on dealing with the accounts of deceased individuals.)

In any event, this is an interesting issue and one that should come up in the courts with increasing frequency. Getting access to non-publicly posted Facebook materials does not look like it will be an easy task.

Other reading of interest on this topic:

“Who Owns a Decedent’s E-mails: Inheritable Probate Asset or Property of the Network” [pdf]

See also posts from Evan: “Why be concerned with social media estate planning?” and Jim Lamm: “What Happens to Your Apple iTunes Music, Videos, and eBooks When You Die?”