Mintz is a sports agent who represents among others, some NBA players. He worked for Bartelstein & Associates for 11 years. After leaving to accept a position with a competitor (CAA), he sought declaratory relief to invalidate his non-compete agreement. Bartelstein counterclaimed saying that Mintz allegedly misappropriated trade secrets and conspired with Mintz’s current employer to steal clients. Bartelstein subpoenaed Mintz’s phone records from AT&T. The subpoena sought ten categories of documents, the bulk of which related to the dates, times, and numbers/accounts for Mintz’s phone calls. The court grants in part and denies in part Mintz’s motion to quash the subpoena as follows: 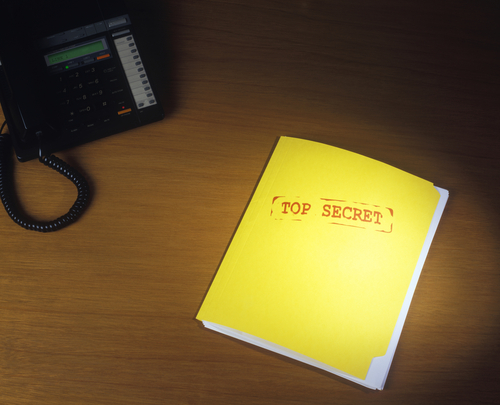 1. The Stored Communications Act allows for the disclosure of non-content information to non-governmental entities. Thus, the bulk of the sought-after information (with the exception of the content of the text messages) are not barred from disclosure by the SCA.

2. With respect to the content of the text messages, although Bartelstein can’t subpoena them from AT&T, Bartelstein can force Mintz to disclose them. This information is “within [Mintz’s] control,” because he has a legal right to get it from AT&T.

Mintz also argued that his California constitutional right of privacy protected against disclosure of the sought after information, including non-content information. The court resolves two factual issues relating to this argument. First, the phone started out as Mintz’s personal phone but was “converted” to his employer’s phone along the way. The facts seemed grey and didn’t establish the phone as having been used exclusively for business or pleasure; the fact that Mintz used the phone for both personal and business purposes cut both ways. The fact that Mintz and Bartelstein both paid for a part of Mintz’s phone also cut both ways. There was also an employee manual in place which stated that any personal information placed on company emails would “not be considered the private or confidential property of the employee . . . [and the employer had] the ability and right to review e-mail, voice mail, and telephone messages.” [Interestingly, no mention of text messages.] Although Mintz raised the typical argument that he didn’t read or agree to the employee manual, Bartelstein’s evidence to the contrary was clear–it sent him a copy along with a follow-up email and produced both of these items of evidence for the court. Although Mintz did not sign an acknowledgement saying he read the manual, he clearly received a copy of it.

The court says that Mintz had a “limited expectation of privacy” in the non-content information. A protective order could adequately guard against any unwarranted intrusion into MIntz’s privacy. The court also notes (citing to Quon and the third party doctrine) that federal law is consistent with this approach. (The court does mention the fact that federal courts are divided as to whether individuals have an expectation of privacy in historic cell cite information.)

The SCA is an unwieldy beast, and it provides for a labyrinthine framework for what can be disclosed and who can request what information. As the court notes, what law enforcement can obtain is different from what private parties may obtain in litigation. With respect to private parties, non-content information is fair game, but content information gets a clunky treatment that either relies on a waiver concept or allows the party requesting the information to get it from the person who has control over it. (The Juror No. 1 case which is playing out across several different tribunals discusses these issues, as does Flagg v. City of Detroit, which is discussed in the Juror No. 1 ruling.) The trend from courts is to treat the Stored Communications Act as a speedbump in civil discovery rather than a roadblock. Most of the courts to have looked at the issue have said that the SCA does not bar discovery of content information. It merely precludes obtaining it directly from the provider (in this case AT&T).

The decision illustrates the importance of a policy in the employment context. Allowing employees to mix business and pleasure on their devices results in unpredictable results as far as what information the employer can get access to. The employer in this case dodged a bullet by having a broad policy that was clearly communicated to the employee (Mintz).

The case is also a great illustration that virtually everything we do in the modern era results in digital footprints–and, when we fall out of love with each other, there will be resulting fights over who can get access to these footprints, the results of which will be unpredictable at best.