Is a Website “Published” for Copyright Law Purposes?–Rogers v. BBB of Houston 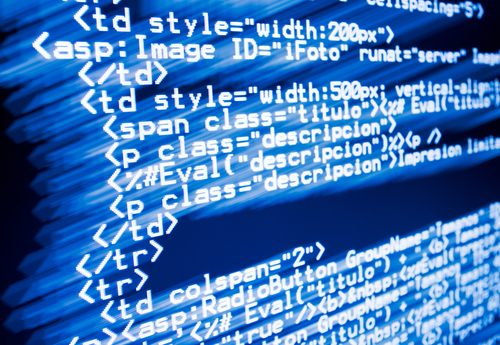 In the realm of copyright law, evolving technological perceptions have led to doctrinal questions that have the potential to determine the outcome of a case. One of these questions is whether posting content to a website amounts to “publishing” the material within the meaning of the Copyright Act.

A district court in Texas considered this question recently in Rogers v. Better Business Bureau of Metropolitan Houston, but hesitated to take a firm stance.

In December 2001, the Better Business Bureau of Metropolitan Houston (“BBB”) contracted with Rogers to create websites for its member businesses. Under the terms, Rogers agreed to create individual websites for the member businesses, and host them on a website he created called “reliabilitymall.com.” The site is currently down for maintenance, but thanks to Internet Archive’s Wayback Machine, you can get a glimpse of what it looked like circa 2004, in all its clip-art glory.

Nearly a decade later, BBB exercised its right to terminate the contract with Rogers and started searching for a new web developer. In response, Rogers applied for a certificate of copyright registration for the Reliability Mall website collection as an unpublished, nondramatic literary work. The Copyright Office granted his application and issued the certificate on January 31, 2010.

Rogers filed this lawsuit in October 2010, alleging that BBB directed its new web developer to pull content from Rogers’ websites (mainly the source code). BBB moved for summary judgment on Rogers’s copyright infringement claims, arguing that Roger’s copyright was invalid since he represented the websites as “unpublished.”

BBB Failed to Overcome the Presumption of Copyright Validity

The Court denied BBB’s partial summary judgment motion, citing a failure to overcome the copyright’s “presumption of validity.” Because Rogers obtained the certificate of registration, the burden shifted to BBB to prove that the registration was invalid. Usually this would mean proving fraud or unoriginality, but neither of those meshed with the facts of the case; BBB instead argued that Rogers’s decision to register the sites as “unpublished” was a “legal error regarding the entire basis for [his] application.”

In support of its “legal error” argument, BBB argued that the sites were published because Rogers uploaded the webpages to the Internet. The district court did not sign off on this argument.

The court notes that the Copyright Act does not delineate when a work attains “published” status, but defines “publication” as “the distribution of copies or phonorecords of a work to the public by sale or other transfer of ownership, or by rental, lease, or lending” (emphasis added).

This is where we start to veer off the rails. A public display of a work does not of itself constitute publication, and neither the Copyright Act nor its regulations explain how the statutory definition applies to Internet works.

Noting a lack of relevant case law in the Fifth Circuit, the court looked to the nonbinding case Getaped.com, Inc. v. Cangemi, 188 F.Supp.2d 398 (S.D.N.Y. 2002), where a district court in New York held that a website was published because a user “acquires the ability to make a copy of that webpage . . . indistinguishable in every part from the original.”

But the court goes on to emphasize the unsettled nature of the question, citing several district court cases from around the country that differed in their outcomes and accompanying rationales. This tangled mess of precedent ended up being the death knell for BBB’s partial summary judgment motion:

Absent binding law or even a clear consensus in case law directly related to the posting of a website online, the court is not inclined to negate the presumption of validity by finding, as a matter of law, that Plaintiff distributed copies of the websites when he uploaded them to the Internet.”

Sometimes, when you step back from a litigation, you wonder, how in the world did the parties get here? I guess litigators can make any argument, but the arguments in this case seem so completely against their own interests in the broader sense.

The copyright owner registered the web-posted work as unpublished. I don’t know how carefully the Copyright Office reviews this aspect of the registration application. In fact, there could be situations when content posted to the website isn’t “published,” such as if it were posted on a website at a private URL that’s never distributed, or if the website is password-protected and only a limited audience had the password. The Copyright Office can’t always tell these subtleties, even if they investigated the unpublished claim (and I’m not sure how much they do). It doesn’t appear the copyright owner fit into these examples. As a result, it appears the copyright owner made a mistake.

However, in general, copyright owners have been seeking to expand the scope of activities that constitute “publication,” and thereby expanded the definition of “distribution,” because this increases the scope of infringing activities. Thus, in the file-sharing cases, copyright owners have been taking the position that a web posting constitutes “making available” the work and thus a distribution, irrespective of whether anyone downloaded the files. Indeed, many criminal prosecutions have been based on the same basic argument; thus, for example, warez traders have been prosecuted for distributing copyrighted works even if the government never showed that anyone else downloaded those works.

As part of defeating the infringement claim, the defendant here tried to make a “fraud on the Copyright Office” argument predicated on the copyright owner’s mistaken claim that the work was unpublished. Thus, we have the bizarre situation where the copyright owner is arguing for a narrow construction of “publication” and the defendant is arguing for a broad construction, when normally the litigation postures should be flipped.

While this case is hardly definitive, it’s still a helpful case for defendants who want to take the position that simply posting a file to a website doesn’t constitute “publication” and thus not a distribution. In particular, if I were representing any criminal copyright defendants, this case could be a helpful citation in destroying willfulness, if not the underlying claim elements.