When a celebrity goes bankrupt or forgets to pay a bill for his/her physical-space storage locker, opportunists may swoop in and purchase the goods so they can try and turn a profit reselling them. But sometimes, these buyers get a little overzealous–they convince themselves that their interest in the tangible property gives them an interest in some of the celebrity’s underlying intellectual property rights. This leads to poorly designed pay-for-access websites with risqué names like “parisexposed.com.”

A district court in California heard one of these storage locker disputes in Branca v. Mann, where the defendants set up a pay-for-access website relating to the late Michael Jackson. The court lowered the boom on August 10th, granting summary judgment in favor of the plaintiffs for a long list of claims including copyright infringement, false designation of origin, misappropriation of likeness, cybersquatting, and so on.

The Jacksons have been blessed with many talents, but financial management is not one of them. 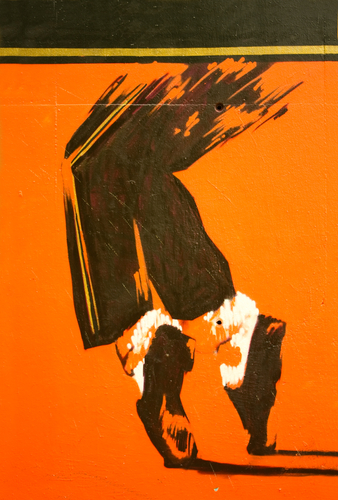 In the late nineties, Michael Jackson’s parents and two of his brothers owed money to a company owned by one of the defendants. To collect on the debt, the company found a storage facility with Jackson family memorabilia and sought to authorize a bankruptcy sale including photographs and audio recordings found in the storage facility (the “Subject Property”). Jackson tried to block the sale, but the defendants ended up buying the Estate’s right, title and interest in the Subject Property.

In 2004, some of the defendants in this suit created a pay-for-access website using Jackson’s name, likeness, photographs and other copyrighted material from the bankruptcy sale. Jackson fired back, filing a suit alleging copyright infringement, false designation of origin, cybersquatting, and misappropriation of likeness. The court granted a preliminary injunction, but dismissed the action with prejudice in ’06 after Jackson failed to prosecute. If you recall, Jackson’s legal team was a little busy at the time.

Jackson died in 2009 and the defendants tried to cash in, creating new websites and selling access to more of Jackson’s copyright-protected material. Jackson’s lawyers promptly threw the kitchen sink at them, filing a suit alleging copyright infringement, false designation of origin, cybersquatting, cyber piracy, misappropriation of likeness, and unfair competition. They asked for declaratory relief, along with an accounting of how much defendants profited from the alleged unauthorized use and a permanent injunction.

The district court sided with Jackson’s estate, granting summary judgment on almost every claim. The key question in this case, however, was whether the defendants’ purchase of the “Subject Property” granted them any interest that would justify their pay-for-access website.

Defendants Did Not Acquire IP Rights Through Bankruptcy Sale

The defendants argued that they acquired an interest in Jackson’s IP rights through the original bankruptcy sale. In support, they pointed to a 7th Circuit decision which held that a sale agreement need not include the exact word “copyright” to transfer an interest in the corresponding IP rights. The court distinguished the 7th Circuit case:

Ultimately, the court held that the bankruptcy sale covered only the personal property of the Jackson debtors, and did not transfer any rights, title, or interest to Michael Jackson’s intellectual property.

[Eric’s note: on the copyright front, this seems like a trivially easy 17 USC 202 case.]

This is a great example of the conceptual difficulties that arise when intangible property is embedded in tangible property, like a cassette tape. After all, the Jacksons’ storage locker contained valuable, unreleased audio recordings alongside the other tangible property. Many non-lawyers might believe that by purchasing the locker, they purchased everything, including the intangible property contained on tangible property. Although the physical tapes are somewhat valuable in a memorabilia sense, the true value lies in the rights to copy and distribute the song itself. But the tapes are merely a medium for the combination of protected musical tones and lyrics–they don’t grant those rights. They shouldn’t grant those rights, because it would not be fair to allow the songs to leak simply because they were on the wrong cassette at the wrong time.

Now imagine that the storage locker contained only tapes, and the defendants paid thousands of dollars. If they can’t distribute the songs on the tapes, why did they invest in the first place? They could try and recoup by selling the tapes as memorabilia, but really maybe they just made a bad investment due to a legal error.