[Eric’s introduction: I’ve repeatedly mentioned the “crisis of online contracts.” We routinely embrace the fiction of online contract formation despite the fact that we know people don’t read the contracts, they wouldn’t understand the contracts if they read them, and they would reject the terms if they understood them. I have more to say about this topic in a forthcoming essay explaining the problem via 10 memes. Separately, working with Uri Benoliel, Prof. Becher wrote an article drilling down on consumers’ potential lack of understanding of the contracts they are legally bound to. This post previews their article, and you can read the whole article here.]

“The biggest lie on the Internet”

Everyone today interacts frequently with large companies, while using social media, reading news, booking flights and hotels, purchasing insurance, or managing bank accounts. In all of these and many other cases, companies typically offer consumers pre-drafted and non-negotiable standardized agreements, including consumer form contracts and privacy policies.

Empirical evidence demonstrate that people do not read standardized agreement. “I have read and understood the terms and conditions” has been crowned as the biggest lie on the Internet. But courts still enforce these standardized pre-drafted agreements.

“Who just Agrees to Something they don’t Read”: Legal Asymmetry

Insisting on the duty to read assumes that consumers have the opportunity to read their contracts. According to this reasoning, consumers freely choose to ignore contracts. If consumers choose not to do read, the argument goes, they have no one else to blame.

But while consumers have the legal burden to read their contracts, firms do not have a general duty to draft readable ones. Can that contribute to a reality in which consumer contracts are largely incomprehensible?

In a recent paper (forthcoming with the Boston College Law Review), Dr. Uri Benoliel and I checked whether consumers can read their agreements. For that end, we examined the readability of 500 popular online contracts— those contracts to which consumers agree by signing up for a service—in the United States. Our sample included contracts employed by some of the most well-known companies, such as Google, Facebook, and Amazon.

We applied two well-established linguistic tools to evaluate the readability of these 500 contracts. The first is the Flesch Reading Ease test. The second is the Flesch–Kincaid (F–K) test. Both tests are based on two parameters: the average sentence length, and the average number of syllables per word.

If fine print requires academic education, should they still be legally binding?

The results of our study indicate that the popular consumer contracts examined in our sample are rather difficult to read. In fact, these contracts are as dense as academic papers.

Simply put, consumer agreements are generally written at the same level as academic articles. Effectively reading these agreements requires, on average, more than 14 years of education. This result is troubling, given that the recommended reading level for consumer materials is eighth grade.

Across the Atlantic, the ideological approach and the political climate are fairly different. To be sure, the European Union is famous for its strong culture of consumer protection and consumer rights.

A recent example of this approach is reflected in the European Union’s General Data Protection Regulation (GDPR). As many readers are well-aware, the GDPR is a sweeping data privacy law, which came into force in May 2018.

The GDPR aspires to force companies to be more transparent around data collection and usage. Along these lines, the GDPR requires firms to clearly communicate privacy terms to end users by using “clear and plain language” in their privacy agreements.

In another recent study (forthcoming in: CONSUMER LAW & ECONOMICS, Klaus Mathis & Avishalom Tor eds., Springer), Dr. Uri Benoliel and I examined whether privacy policies in the EU are indeed readable. Employing the same linguistic tools, we measured the readability of more than 200 privacy policies. We focused on the most popular English websites in the UK and Ireland, such as Google, YouTube, Facebook, and Amazon.

The results of our study indicate that despite the GDPR’s requirement, European users still often encounter privacy policies that are largely unreadable. Instead of the recommended F-K score of eighth grade, the average F-K score in our sample was 12.78 and the median F-K score was 13—or one year of college.

Light at the End of the Tunnel?

Admittedly, the readability of EU privacy policies is slightly better than the (un)readability of U.S. online consumer contracts. Moreover, our results also show that current privacy policies, post-GDPR, are slightly more readable than the older policies. For example, although the average F–K score of pre-GDPR policies was 13.62, the F–K score of current (post-GDPR) policies was 12.36.

This difference marks a small improvement, yet does not really cure the problem. The presumption that general plain language rules incorporated in imperative legislation (such as the GDPR) will transform the way firms approach consumer agreements seems, at least at this point, not to hold.

Back to Contract Law Fundamentals

At the end of the day, our studies show that consumers cannot be expected to read their agreements. A contract is based on mutual assent. But consumers cannot truly assent to something they cannot successfully read and understand.

Some legislatures are moving forward and adopting plain language laws. The language and readability of such agreements are also discussed by prime mass media venues. These and other initiatives may change the legal landscape that governs consumer agreements.

For starters, lawyers should realize that they are drafting consumer agreements that are supposed to serve, or at least to be read by, consumers. The days in which lawyers drafted consumer contracts however they wanted and no one noticed or protested hopefully came to an end. 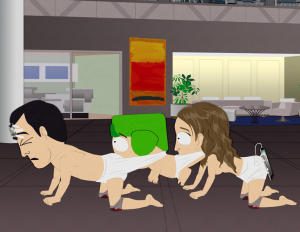 There are some excellent jokes and pranks, laughing at how lawyers draft consumer agreements and what these agreements say. A famous example is South Park’s episode on iTunes’ terms and conditions. Such jokes aside, it is time to take these issues more seriously.