Copyright Registration, Publication on the Internet, and the Revolving “Back Door to Berne” (Guest Blog Post)

Localization – the determination of where persons and things are deemed to be located and events are deemed to happen – is important for many legal purposes; decisions concerning personal jurisdiction and choice of applicable law are prime examples. The U.S. Supreme Court’s decision in Fourth Estate Public Benefit Corp. v. Wall-Street.com increases, for copyright law purposes, the importance of the localization of the publication of a copyright-protected work. The approach taken by U.S. courts to localization may bring some unexpected results regarding the obligation to register copyright.

In Fourth Estate (see Tyler Ochoa’s post on the decision), the Supreme Court held that in order to file a copyright infringement suit, an owner of an unregistered copyright to a work must not only apply for registration, but must also await a decision by the Copyright Office on the application (section 411(a) of the Copyright Act). The requirement that the registration process be completed before the filing of a lawsuit is, of course, of concern to copyright owners because it may delay their filing of a lawsuit (see the current Registration Processing Times). However, the registration requirement in section 411 applies only to a “United States work”; infringement suits concerning works that are not defined as a “United States work” do not require that the copyright be registered. 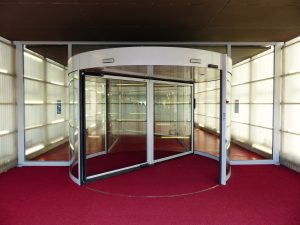 A copyright owner could use the same “back door” not to get in (to Berne Convention protections), but rather to get out (of the section 411 registration requirement). But why would a copyright owner, particularly a U.S. copyright owner, go to the trouble, however slight, to publish first outside of the United States? U.S. copyright registration is relatively inexpensive, and the Copyright Act provides other significant benefits pertaining to registration – particularly early registration – such as the possibility of obtaining statutory damages. (Furthermore, publishing first outside of the United States under options (2) and (3) could have some negative consequences (which I leave aside for now).)

The U.S. Supreme Court denied certiorari in Kernel Records, so there is no final word on the matter.[FN] In an earlier case, Moberg v. 33T LLC, the U.S. District Court for the District Court of Delaware held differently; it held that a publication on the Internet does not result in simultaneous publication everywhere in the world. The court warned that “to hold otherwise would require an artist to survey all the copyright laws throughout the world, determine what requirements exist as preconditions to suits in those countries … and comply with those formalities, all prior to posting any copyrighted image on the Internet.”

[FN: The U.S. Copyright Office takes a narrower approach to publication on the Internet: “As a general rule, the Office does not consider a work to be published if it is merely displayed or performed online, unless the author or copyright owner clearly authorized the reproduction or distribution of that work, or clearly offered to distribute the work to a group of intermediaries for purposes of further distribution, public performance, or public display.” Compendium of U.S. Copyright Office Practices, U.S. Copyright Office, 3rd ed, 2017, 1008.3(B).]

What advice should foreign copyright owners be given? They should register their works in the United States anyway, as Tyler suggested in his post on Fourth Estate, and certainly they should register if they plan on publishing first, or simultaneously, on the Internet. Because only with an early registration will they be able to elect statutory damages in an infringement suit in the United States – an important option in cases of infringements on the internet where actual damages tend to be difficult to prove. One significant problem is that even the lowest U.S. copyright registration fee ($35) is a significant obstacle for many copyright owners outside the United States – aside from the language, logistical, and awareness barriers that foreign copyright owners might also face.

An alternative for foreign copyright owners who are aware of the simultaneous publication problem might be to publish their work in a limited manner – for example, by excluding the United States from publication on the Internet through geoblocking. This solution could lead to truly unintended consequences under section 411. We might ask whether the resulting limitation on the U.S. public’s access to content is consistent with sound public policy – apart from whether the registration requirement in section 411 is consistent with the Berne Convention’s prohibition of formalities (Article 5(2) of the Berne Convention).

Perhaps more compelling to U.S.-based readers of this blog post will be the possibility that if publication of a work on the Internet is deemed to happen simultaneously everywhere the work can be accessed, there will be no “United States works” first published on the Internet, as long as the works are accessible in Berne Convention countries with a copyright term shorter than the term in the United States. Therefore, there will be no registration requirement for any work first published on the Internet (as long as the work is accessible in at least one Berne Convention country with a shorter term of copyright than that of the United States). Although this result is surely not what legislators intended in section 411, it is a result that at least some will consider to be compliant – finally – with the Berne Convention.