FFS, even bathtime isn’t a litigation-free zone any more. This case involves rival makers of soap themed on the periodic table of the elements. My screenshot of the plaintiff’s offerings:

As the court says, the plaintiff’s unregistered (alleged) trade dress “in large part is identical to periodic table of elements available in the public domain, includes the chemical symbol, atomic number, name of the element, atomic mass, energy level, and the layout of the element’s scientific information. It also includes the size, shape, and color of the soaps, the use of black ink, the embedding of the ink in the soap, clear packaging and Bubble Genius’ trademarks.”

The defendant executed the same concept of putting periodic table of elements on soaps, including making radioactive elements glow in the dark. My screenshot of some of the defendant’s offerings: 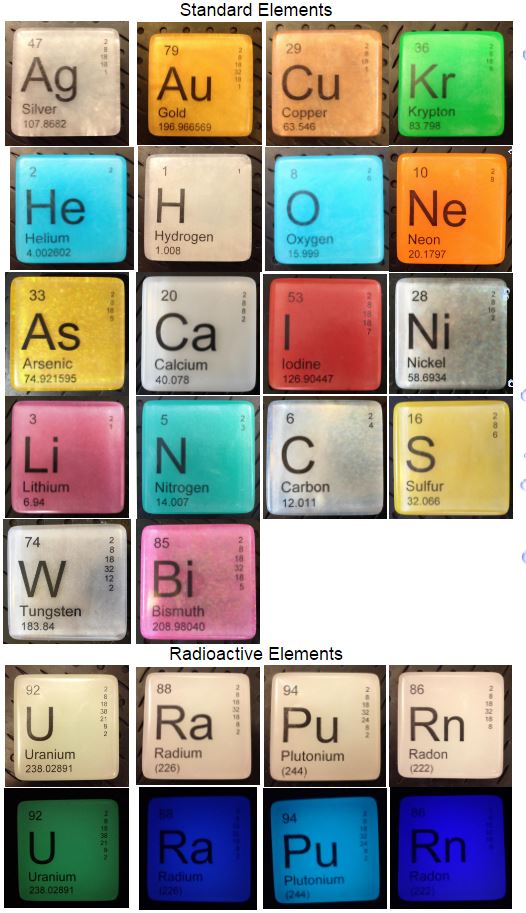 The judge washes this case out of its court on a motion to dismiss based on functionality and lack-of-secondary-meaning grounds.

Functionality. The court says the periodic table design isn’t functional for soap, but “plaintiff’s trade dress is aesthetically functional because it is purely ornamental, and the trade dress’ design features are necessary for competition in the market for periodic table inspired novelty soaps.” The court explains in more detail (cites omitted):

This is the right result, but relying on “aesthetic functionality” makes me really nervous because that doctrine is very confusing. Nevertheless, the court recognizes that the plaintiff essentially seeks IP ownership of printing periodic table elements on soaps, and trademark law would grant the plaintiff a perpetual monopoly on that concept. The court says:

If it takes the aesthetic functionality doctrine to prevent that result, I guess we’ll call that a net win.

Secondary Meaning: “absent from the pleadings are facts concerning actual consumer surveys, unsolicited media coverage, sales success, specific advertising expenditures, or specific acts by others, in addition to plaintiff, to plagiarize the plaintiff’s trade dress. On balance, these factors weigh against an inference that plaintiff’s trade dress has acquired a secondary meaning.”

Given the bold anti-competitive objectives of this lawsuit, I think this is a good case for an attorney’s fee shift under trademark law’s statutory fee shifting clause, as amended by Octane Fitness.

Pi Day is coming up on Tuesday, and this case brought to mind the musical Pi case (Erickson v. Blake), where the plaintiff tried to claim ownership over the idea of associating the digits of pi with musical notes (in that case, using copyright law). IP shouldn’t be used to control how natural phenomena are expressed, and I’m glad to see that judges are getting that point.