Actress in Viral Video Can’t Prevent Video From Being Made Into an Advertisement–Roberts v. Bliss

Bliss produced a viral video called “10 Hours Walking in NYC as a Woman” featuring actress Shoshana Roberts. You probably saw this video when it came out; it has been viewed over 40M times. The video shows how random strangers constantly comment on Roberts’ looks as she walks around NYC. For reasons not specified in the opinion, Bliss didn’t get a written release from Roberts, and she claims he orally promised to pay her if the video succeeded (which it did, but still he didn’t pay). She also claims she made editorial contributions to the video, such as “actively assist[ing] Bliss in deciding how and where to walk, and how to film without the camera being noticed.”

Sadly, the video’s success induced Bliss to sell out; he licensed the video so TGI Fridays could make an ad. The ad uses the NYC settings and the mens’ catcalls, but digitally replaces Roberts with images of french fries and mozzarella sticks that appear to be the target of the mens’ catcalls. The court says: “Because of the superimposition of the giant appetizers, Roberts is not pictured or represented in the ad at all.” (The parties dispute whether Roberts is completely replaced; she claims that some versions showed her hands or feet, but the court says that wouldn’t change the analysis). Here is the 15 second version of the video (there was also a 30 second version that I haven’t yet found): 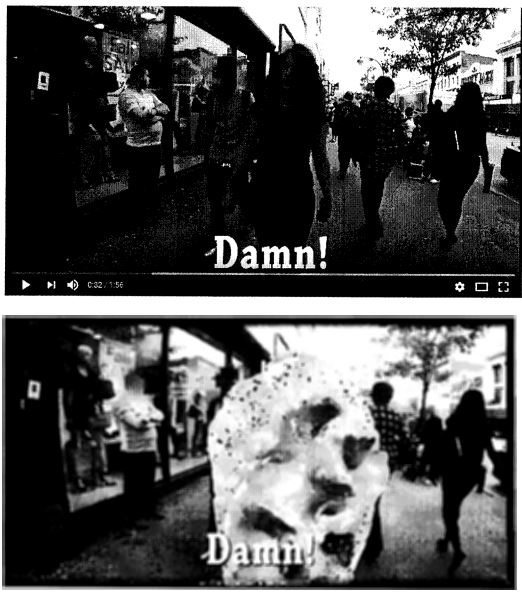 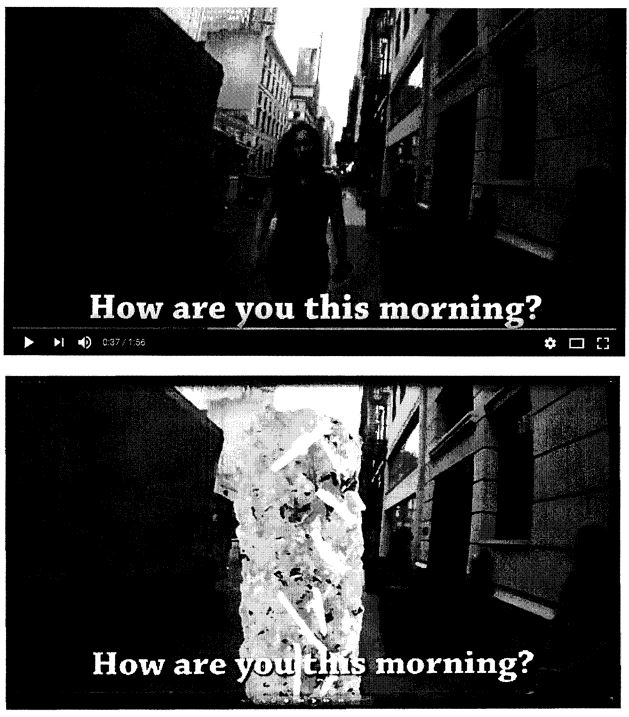 From my perspective, the TGI Fridays ad is terrible. It takes a thought-provoking and educational ad about sexual harassment and turns it into a so-called “parody” about mens’ “love” for fried foods. Sexual harassment isn’t funny, and the TGI Fridays ad implicitly celebrates the catcalls and denigrates the issue’s importance. If I had any prospect of being a TGI Fridays customer, this would prompt me to boycott them; but since I haven’t eaten there in decades and can’t imagine a situation where going to TGI Fridays would be a choice I or anyone in my social network would ever make voluntarily, I don’t think I was really in the target audience anyway.

Anyway, the main question for this blog: when can an actress stop video from being turned into an ad? Regular readers recognize the obvious parallels with the Garcia v. Google case, which also involved an actress trying to use copyrights to control an unwanted usage of video footage of her where (for purposes of the opinion, though maybe not in fact) there was no written contract between the actress and the producer. This is a more favorable case for the defendants because the producers’ alleged deceit was much more modest (maybe over the possible future payout); and the TGI Friday’s video made Roberts unidentifiable whereas the Innocence of Muslims producers just overdubbed dialogue. Fortunately, it also reaches (for now) a defense-favorable result.

Persona Use. The court says there’s no endorsement because Roberts isn’t depicted in the ad:

Although the ad may well call to a viewer’s mind the 10 Hours video, and perhaps even Roberts because of her role in it, the ad does not use Roberts’ image or persona, nor suggest in any way that Roberts herself endorsed the product advertised.

The court then references a number of very familiar cases where the plaintiff claimed the offending ad invoked their fame (most of which Rebecca and I discuss in our Advertising Law book), including Waits v. Frito-Lay, White v. Samsung (the Vanna White Robot case), Oliveira v. Frito-Lay (the Girl from Ipanema case), and Burck v. Mars (the Naked Cowboy case). The court says maybe a person’s movements could be sufficiently distinctive (such as Michael Jackson’s moonwalk, though he didn’t originate the move) to comprise someone’s “persona,” but Roberts didn’t claim that. The court also says that claims an ad takes someone’s “signature performance” also have repeatedly failed, specifically analyzing the Oliveira case.

Likelihood of Consumer Confusion. The court says there’s no possibility that ad viewers would be confused into thinking Roberts endorsed TGI Fridays:

Plaintiff here has not plausibly alleged that the advertisement creates consumer confusion because any viewer would understand the ad to be engaged in a parody of 10 Hours. While the advertisement does “call to mind” 10 Hours, the supplantation of Roberts with large gimmicky images of appetizers is an “obvious[] modification” of, and a “conscious departure” from, the original work. This modification, moreover, is outlandish, not subtle….The ad replaces Roberts—the object of the harassing men’s attention in the 10 Hours video—with the appetizers. They are now the subject of the men’s desire. That, together with the play on words between “appcalling” and “catcalling,” is what makes it a parody. And because the parody is obvious, the “risk of consumer confusion is at its lowest.”… That Roberts, of course, looks nothing like the overblown images of walking food, and that an online video designed to highlight a societal ill and a chain restaurant attempting to promote its appetizers occupy distinct merchandising markets, reinforces the conclusion that it is implausible that a viewer of the ad would be confused about whether Roberts endorsed it.

If “outlandish” means mean-spirited, venal and offensive, then I fully agree.

Finding no Lanham Act violation, the court dismisses the claim. It declines to retain supplemental jurisdiction over the state law claims (breach of contract and covenant of good faith and fair dealing, violation of NY Civil Rights Law Sections 50-51, violation of the right of publicity, quantum meruit, and unjust enrichment).

So what are the lessons from this case? Well, the big one: if you are producer and hiring an actor/actress for a video you hope will go viral, for god sakes, PLEASE get a written release. A less-obvious one: if you’re going to make a thoughtful and insightful video about sexual harassment and are lucky enough to go viral, please don’t sell out the video to advertisers. And if you’re still a TGI Fridays’ customer, good god, what are you thinking?