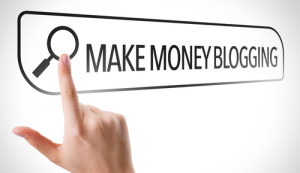 It sounds like every blogger’s dream: take a half-year vacation to travel the globe–and make the trip tax-deductible by blogging it! Unfortunately, you can’t cheat the tax man so easily, as one enterprising blogger discovered the hard way.

Joshua Pingel had an epiphany on a 2007 Australian vacation: he was going to launch a new career as a travel blogger! He quit his job, created an LLC and took a 401(k) distribution to finance his travels. In 2008, he spent a half-year backpacking around Europe, Asia and the Middle East, blogging his experiences and photos along the way. The court gives a sample of his blogging, this one for Paris:

“[W]e hit up The [sic] BEST ice cream in Europe. * * * there are a couple of places that serve it and pricing is much higher at one (the ‘tourist’ one as Jeff put it) than at the other one. We walked past the tourist one, which had a huge crowd and walked down the street about half a block to the other one.”

Perhaps feeling a bit peckish, the judge observes: “Petitioner does not give any more details about where in Paris the best ice cream in Europe can be found.”

I’m sure you’d like to read more of Pingel’s scintillating prose, but tough luck. The court says: “In 2010 petitioner accidentally deleted his blog while making revisions. As of the date of trial, petitioner’s blog had not been reposted.” In my world, any “blogger” who deletes his blog and doesn’t do everything in his power to restore it immediately isn’t a true blogger.

Pingel intended to enter the blogging niche for international lightweight backpackers, but he realized that the niche was saturated and “that his plan for generating income through affiliate sales from his blog would not be profitable.” Thus, he switched his energies toward the more profitable (??) world of book publishing. He claims he’s written three manuscripts, but none of them have been published yet.

If you want to quit your job and travel the world, go for it. Life’s too short not to follow your dream. And if you want to blog, by all means, join the club! But if you want to blog for profit…well, you might want to rethink that plan. Either you know something I don’t or you’re (as my grandma would say) meshugenah. Monetizing blogging is tough. I know a few YouTube vloggers are raking in the cash, and every now and then a superstar blogger can break through, but my revenue is much more modest. Although I generate several streams of cash flow from blogging, but they are measured in nickels and dimes: about $40/month here at Forbes, $50/month from Google AdSense and about $50/month from Amazon’s affiliate program. Obviously I don’t blog for the money and blogging isn’t my full-time job, but finding a way to bridge the gap between these meager numbers and a full-time income is daunting.

While Pingel didn’t get the tax deductions, it sounds like he got a nice trip. So at least he’ll always have Paris…