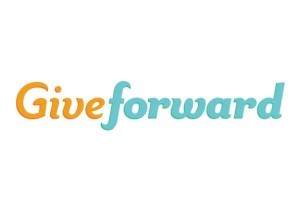 This case involves an 8 year old, referred to as “KDH,” and the crowdsourcing platform GiveForward, which describes itself as the “#1 Way to Raise Money for Someone in Need.” KDH’s biological non-custodial dad, and the dad’s girlfriend, posted a GiveForward fundraiser claiming that KDH needed surgery for a possibly terminal heart problem. Fortunately, KDH had no such health problems. Unfortunately, donors believed the post, and they contributed over $11,000 in three weeks. The post triggered GiveForward’s fraud alerts, and the custodial mom also complained to GiveForward around the same time. GiveForward then hid the post and refunded the contributions. The dad subsequently pled guilty to theft charges for the fundraiser. The mom threatened GiveForward with numerous legal violations. In a rare procedural move, GiveForward asked the court for a declaratory judgment that it wasn’t liable for the fake fundraiser.

The court agrees with GiveForward. GiveForward argued that it’s protected by 47 USC 230, the 1996 federal law enacted as part of the Communications Decency Act (CDA) that says websites aren’t liable for third party content. Because Section 230’s rule is so clear, its application to this case is obvious.

The mom tried to avoid Section 230 by arguing that GiveForward “influenced” the fraudulent post. For example, GiveForward assigns “fundraising coaches” who email tips and suggestions to new fundraisers. The mom claims that the GiveForward coach assigned to this fundraiser sent 24 emails to the dad and 156 emails to the girlfriend. The court says that even if the coaches helped the biological dad and girlfriend, the tips mostly addressed how to do marketing for the fundraiser and thus “did not specifically contribute to the false content at issue.” The court concludes that the mom “has not presented any evidence that GiveForward edited, or added to, the fraudulent fundraiser posted by” the biological dad or girlfriend. The court also said it doesn’t matter that GiveForward takes a cut of the funds raised (the court doesn’t cite any precedent for this, but many cases support this proposition, including cases involving eBay, Google AdSense and others).

This case shows the powerful implications of Section 230’s immunity. If crowdsourcing platforms had legal responsibility for every factual assertion made by their users, the platforms would make it way more time-consuming and expensive to initiate campaigns. In all likelihood, Section 230 makes the difference between having a crowdsourcing industry and no crowdsourcing at all.

This case differed from a more typical crowdsourcing case in two key ways. First, instead of a donor/investor complaining about being fleeced, the mom asserted privacy-oriented concerns on behalf of her child. Second, GiveForward made the donors financially whole, so none of them apparently suffered any financial loss. If either of these facts were different, the court might have been less willing to let GiveForward off the hook.

[Note: I asked GiveForward how it was able to refund all of the money to donors. GiveForward’s CEO Josh Chapman indicated: “Although the funds had already been distributed to the organizer, GiveForward coordinated a comprehensive effort that involved all parties associated with this fundraiser, including the financial institution that processed donations and the organizer of the fundraiser, to ensure that people who donated were contacted and made whole.”]

I approached both sides for public comment. The mom’s counsel emailed me a statement which included the following:

The Court’s ruling expands the CDA’s immunity shield to a for-profit fundraising website that provides sophisticated and detailed guidance in the form of sample fundraiser language, detailed emails, and importantly, human coaches to its website users to craft the most effective fundraisers possible. The website – GiveForward – has a direct pecuniary interest in the effectiveness of the content of fundraisers presented on its website. GiveForward’s “fee” is approximately 7.9% of all monies raised via its website – and as of today, according to GiveForward, it has raised $171,616,000 via fundraisers. The math is simple. This is big money.

GiveForward is pleased by the favorable ruling in this case as the CDA helps protect companies engaged in medical crowdfunding, like GiveForward, and allows GiveForward to continue to provide useful services to families and friends navigating a medical crisis.