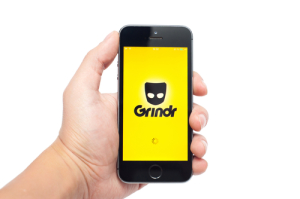 Many online dating services undertake some efforts to screen out dangerous or problematic members, but what should the law do if those screening efforts aren’t perfect? As a recent case involving Grindr shows, the answer is nothing.

Saponaro turned around and sued Grindr for negligence because it allowed a minor to misrepresent his age. There are some obvious problems with this lawsuit.

First, Grindr had no direct relationship with Saponaro; he wasn’t a Grindr subscriber (LeMunyon was). As a result, the court says that Grindr had no duty to Saponaro. (I believe Grindr wouldn’t have a negligence duty to Saponaro even if had a direct relationship with Grindr). For a similar result, see the Armslist case. The court further says that fairness and public policy dictate that Grindr shouldn’t have a common law obligation to monitor its service.

Second, Saponaro’s lawsuit is preempted by 47 USC 230 (Section 230), the 1996 federal law that says online services aren’t liable for third party content. In this case, Grindr’s only relevant “failing” was letting a minor represent that he was over 18. But this effectively seeks to hold Grindr liable for the information it got from the minor, and that’s exactly what Section 230 preempts. To get around Section 230, Saponaro argued that Grindr had contributed to (“developed,” in the language of the applicable Roommates.com precedent) the minor’s age misrepresentation by making users fill out questionnaires, but the court said the questions were facially benign and therefore didn’t contribute to any illegality.

While this result may seem surprisingly deferential to Grindr, it’s consistent with existing precedent. Indeed, a 2007 case, involving the website SexSearch, dealt with a virtually identical situation. An underage user signed up for an account and represented she was over 18; a male met her offline for “consensual” sex; and then he was prosecuted for felony statutory rape. The court in that case held that SexSearch was protected by Section 230 for the underage user’s misrepresentations about her age.

A 2008 ruling involving MySpace is also instructive. In that lawsuit, an underage girl bypassed MySpace’s age restrictions, connected with an adult male on the site, and met him in person, where he proceeded to sexually assault her. The court held that MySpace wasn’t liable for failing to prevent the girl from connecting with the male because of Section 230. And in a different online dating case, Section 230 held that Match.com wasn’t liable when one Match.com user physically assaulted another Match.com user on a date, even though Match.com had failed to adequately screen the assaulter for a criminal background. As these cases illustrate, Section 230 provides substantial coverage to online services for offline torts or crimes committed by or to their users.

The Grindr case highlights the tricky issues with screening out unwanted underage users (what’s sometimes called “age-gating”). In the 1990s, Congress passed two laws that obligated websites disseminating adult material to keep kids out (the Communications Decency Act–the same law that enacted Section 230–and the Child Online Protection Act; both laws were eventually declared unconstitutional). Each law created a safe harbor for authenticating a user’s credit card–on the theory that typically only adults would have credit cards. As the Grindr case and the earlier SexSearch case demonstrate, credit card-based age-gating isn’t reliable. Are there better options?

That’s especially true when meeting someone in person after connecting with them online. If sexy times are afoot and there’s even a remote possibility that the user is underage, it’s mandatory to take a quick gander at a driver’s license or other age-authenticating ID–no matter how mood-killing that might be.