Bust Up Google? Only If Europe Wants To Make Things Worse (Forbes Cross-Post) 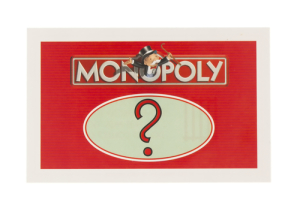 Recently, the European Parliament passed a resolution urging the European Commission to “consider proposals aimed at unbundling search engines from other commercial services.” The resolution was mostly symbolic. It was really just a straw poll on European policy-makers’ high level of anxiety about Google, and the real goal was to pressure European antitrust regulators to turn the screws harder on Google. But as an actual policy solution, the resolution demonstrates a fundamental misunderstanding about the purported problems or appropriate solutions. Unbundling Google Search would reduce competition and exacerbate monopolistic behavior–the exact opposites of the proposal’s stated goals.

Busting Up Google Would Reduce Competition.

Unbundling Google Search from the rest of Google wouldn’t fix the underlying lack of competition in the search engine business. Specifically, the move wouldn’t create any new entrants into the market. Instead, it would probably further reduce the limited competition Google currently faces. Bing, Google’s primary remaining competitor, is notoriously unprofitable; so it apparently remains in the marketplace only because Microsoft subsidizes it. If Microsoft can’t cross-subsidize Bing, Bing will almost certainly exit the search engine marketplace. Non-cross-subsided competitors such as DuckDuckGo have zero impact on the competitive environment. Given the extraordinary start-up costs to create and maintain a comprehensive search index and an algorithm that works better for consumers than Google’s, the odds of any viable non-cross-subsidized entrants entering the search engine market are very low.

What kinds of behavior might we anticipate from a standalone dominant search engine, especially one that isn’t too concerned about new entrants? No longer worried about enhancing Google’s corporate brand and instead focused solely on maximizing profit from its single business unit, I’d expect an unbundled Google Search to engage in consumer-unfriendly practices such as more intrusive ads (such as pop-ups, pop-unders and interstitials). On the advertiser side, while the rest of the Google enterprise wouldn’t get any more “free” links, the unbundled search engine wouldn’t give Google’s rivals any free links either. Instead, an unbundled Google Search would likely more deliberately try to shift businesses into paying for more traffic rather than continuing to enjoy free organic traffic (cf. the progressive reduction of organic exposure in Facebook newsfeeds for business posts). In addition, I would expect a standalone search engine to revive the dubious practice of “paid inclusion,” where websites had to pay to be included in the search index at all. In other words, being the principal gatekeeper for the Internet, I’d expect an unbundled Google Search to impose greater tolls on both sides of its business.

Of course, the European Commission could combat some of the most abusive practices through ongoing regulatory oversight, but that oversight will be costly, incomplete and slow. Thus, even with that oversight, I would expect a standalone dominant search engine to result in worse outcomes for both consumers and advertisers.

So What Should Europe Do About Google Search?

It should be clear that unbundling Google Search would create more new problems than it solves. So what should European regulators do instead?

Wait. Technology markets evolve so quickly that antitrust regulatory solutions can’t keep up. Ten years from now, even if we take no further steps to clip Google’s wings, we’ll look back at Google’s current dominant market position in the search engine industry and wonder what the fuss was all about. Already, we’re seeing how mobile interfaces are upsetting existing marketplace structures. With a few more years of experience, technological developments–both contemplated and unimagined–will moot current problems and create unanticipated new ones.