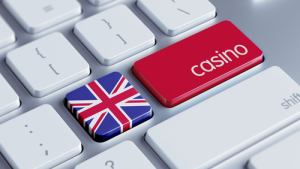 The new amendments to the U.K. gambling law in the Gambling (Licensing and Advertising) Act 2014 will take effect on November 1, 2014, following a U.K. judge’s rejection of a challenge to the validity of the Act earlier this month. With this new Act becoming effective this week, we might wonder whether it returns U.K. gambling law to cyberlaw 2.0 – to the legal order that Michael Geist in 2003 defined as (among its other features) “a shift from a borderless network to borderless law.”

With the 2014 Act, the United Kingdom is switching to a “point of consumption” regime. Online gambling operators who want to offer online gambling to U.K. customers will now have to be licensed by a U.K. licensing authority. This change is problematic for existing operators and jurisdictions (such as Gibraltar) that have benefited from the prior regime, and the Gibraltar Betting & Gaming Association challenged the Act in court.

In the judgment, Justice Nicholas Green concluded that the U.K. government and Parliament were entitled to pursue with the Act their goals of consumer protection and the protection of the public order, and therefore could require that online gambling operators offering online gambling to U.K. customers be licensed by a U.K. licensing authority. Justice Green found nothing in the design of or justification for the Act that would be inconsistent with U.K. law or with European Union law as it has been interpreted in decisions of the Court of Justice of the European Union, including several Court of Justice decisions that addressed the regulation of online gambling.

The 2014 Act might not be a step back to cyberlaw 2.0; it might in fact be a step toward cyberlaw 3.0. Cyberlaw 2.0 was designed to serve a country’s objectives of having its laws and regulations govern all those persons and entities whose activities on the internet reached customers in its jurisdiction. However, a country could not achieve its objectives without effective cooperation from other countries in enforcement against persons and entities outside the country’s enforcement power. Cyberlaw 3.0 gives equal weight to other countries’ abilities to assert their own laws and regulations, thereby preventing the “struggle to assert national sovereignty over policy choices” against which Michael Geist warned in 2003. By taking responsibility for enforcement in its own jurisdiction, the U.K. regulator can effectively cooperate with regulators in other countries and ensure that online gambling laws and regulations are respected by those who operate in the United Kingdom. The reliance placed on regulators in other EEA and other white-listed countries by the United Kingdom before the 2014 Act prevented the United Kingdom from being an effective partner to the other jurisdictions in enforcing the other jurisdictions’ online gambling laws and regulations.

Operators that have offered online gambling to U.K. customers in the past but have been licensed until now only outside the United Kingdom paint a grim picture of impending chaos that will be created both by pressure on operators to be subject to yet another licensing scheme and by the lack of capacity of the U.K. regulator to license all operators and related entities. However, it is important to note that many large operators, manufacturers, and other entities holding gambling licenses are already licensed in multiple jurisdictions; in fact, the number of licensing jurisdictions in the world substantially exceeds the number of countries in the world because countries often comprise multiple jurisdictions with separate licensing regimes. Although the effects of the costs associated with licensing in additional jurisdictions cannot be ignored, multi-jurisdictional compliance is certainly common in the industry.

With or without an international convention, the gambling industry (or the “gaming industry” as it prefers to be called) could be a remarkable – and perhaps unexpected – trailblazer in the effective legislation of online activities. Naturally, issues remain, including the optimal approach to user evasion of geoblocking and the technical feasibility and practicability of countries’ requirements that operators maintain at least some of their online gambling equipment in the countries (a requirement contained, for example, in section 89(2) of the 2005 Gambling Act). It is also possible that the gambling law area will prove to be the only area, or one of only a few areas, of law actually suitable for this method of cross-border enforcement of national laws on the internet.