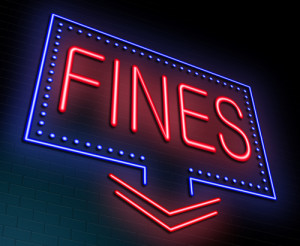 Last week, we learned that a New York hotel, the Union Street Guest House, was fining guests $500 for posting negative online reviews. The story received considerable media attention because the restriction violates our social norms and is almost certainly unlawful. Unfortunately, this is not the first time businesses have tried to control negative reviews online, a goal that some businesses apparently find irresistible. We shouldn’t be surprised the next time we see businesses try to gag their customers, but it should make us mad…mad enough to demand new statutory punishments for businesses who disrespect their customers and the marketplace.

Until recently, the Union Street Guest House included the following provision in its policies:

If you have booked the Inn for a wedding or other type of event anywhere in the region and given us a deposit of any kind for guests to stay at USGH there will be a $500 fine that will be deducted from your deposit for every negative review of USGH placed on any internet site by anyone in your party and/or attending your wedding or event (this is due to the fact that your guests may not understand what we offer and we expect you to explain that to them).

Allegedly, the guest house would refund the full deposit if the author removed the negative review.

We don’t know how often the guest house actually fined its customers. Slate reported on one email exchange where the policy was invoked. I imagine other guests simply removed negative reviews in response to threats by the guest house.

The guest house’s provision stands out for two reasons. First, it purports to hold the bride or groom accountable for posts made by their wedding guests. However, newlyweds can’t really control what their guests feel or say. Second, the guest house could self-implement the remedy by deducting money from the customer’s deposit, rather than bringing a lawsuit in court–which would almost certainly fail.

The Business Insider article said the guest house’s provision was “a novel way to keep negative reviews off Yelp and other sites,” but that’s wrong. Although we’ve seen a range of ways businesses have tried to suppress online reviews, we’ve also seen this story before. Here’s a short survey of some prior efforts to gag customers:

2007-2011. A small company, Medical Justice, provided doctors and dentists with form contracts designed to veto any negative online reviews. The contracts initially banned online reviews outright. A division of the federal Department of Health & Human Services held that it was unethical for doctors to suppress patients’ reviews. Medical Justice eventually changed its form so that patients assigned the copyright in their unwritten online reviews of the doctor or dentist. Armed with the purported copyright, doctors and dentists could threaten review websites with copyright infringement for continuing to publish any reviews the doctor/dentist wanted gone (presumably, only negative reviews). I believe that over 1 million Americans signed some variation of Medical Justice’s form contract. In 2011, Medical Justice “retired” its form and advised doctors and dentists to stop using it. Meanwhile, there remains a pending lawsuit by a patient against a dentist who tried to invoke the form to demand the removal of a negative review. That lawsuit is going poorly for the dentist. For more information on Medical Justice’s anti-review efforts, see DoctoredReviews.com.

2012. We learned that some vacation rental companies were pulling the same basic stunt as the Union Street Guest House. Some contracts contained a clause restricting online reviews, styled as a non-disclosure agreement. For example, one provision said the customer may not “discuss or disclose the occupancy of the subject property with any entity not bound by the terms of this agreement without the expressed written authorization of the homeowner and the property agent representing the homeowner.” Furthermore, the rental company retained the customer’s security deposit and could deduct fines from there. I’m not aware of any legal tests of these contracts.

2013. Online retailer KlearGear attempted to restrict negative consumer reviews by imposing a fine, but the customer says that KlearGear’s contract didn’t actually contain the restriction at the time of purchase. When the customer failed to pay the fine, KlearGear reported the non-payment to the credit agencies, damaging the customer’s credit. The customer is suing KlearGear for its behavior, and that lawsuit isn’t going well for KlearGear.

In response to the KlearGear incident, a bill was introduced in California (AB2365) to ban surreptitious attempts to restrict customers’ reviews. The bill has some obvious deficiencies, including the fact that the bill’s language might not restrict the guest house’s provision. Still, I think the bill is a sign of things to come. It hurts the marketplace when businesses keep customers from sharing their experiences with other prospective customers, so we simply cannot tolerate such efforts. If businesses can’t resist their impulses to hide their failings, the legislatures will have to step in.