You may have heard of Silk Road, an online marketplace that enabled hard-to-trace buying and selling of illegal goods. The court says it was “as if the purchases were occurring on eBay;” buyers and sellers could even leave feedback about each other. Silk Road’s alleged creator and operator was Ross William Ulbricht (a/k/a “Dread Pirate Roberts,” a/k/a “DPR”). As you can imagine, especially given that Silk Road was used to trade illegal narcotics, the U.S. government came down on Silk Road and Ulbricht like a ton of bricks. Facing a staggering array of criminal charges and an opponent with unlimited resources (the U.S. government), Ulbricht is now in the fight of his life.

Ulbricht asked the court to dismiss the criminal charges against him. In a recent ruling, federal district court judge Katherine Forrest rejected Ulbricht’s arguments. While her ruling isn’t good news for Ulbricht, it’s a troubling ruling for the larger Internet community. Though the judge tried to distinguish Silk Road from other types of “legitimate” online marketplaces, the judge’s fine distinctions threaten to cast a chill on one of the most promising sectors of the Internet economy. 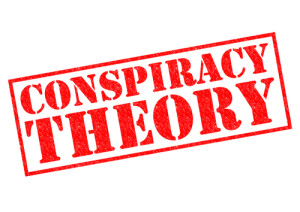 The government doesn’t contend that Ulbricht personally bought and sold any illegal items via Silk Road. Instead, the government contends that Silk Road was a giant criminal conspiracy among Ulbricht and the buyers and sellers who engaged in illegal transactions, and Ulbricht was responsible for the conspiracy because he built and ran the online service and intended it to be used for illegal transactions. The court characterizes the allegations:

Ulbricht is alleged not only to have designed the online structure which enabled and allowed transactions, but, in controlling all aspects of its operations, to have set the rules the vendors and buyers had to follow, policed accounts for rule violations, determined commission rates, and taken commissions on every transaction. In addition, Ulbricht allegedly oversaw the efforts of others who assisted him in the administration and operation of the site.

Ulbricht pointed out that he rarely directly communicated with his alleged co-conspirators (the buyers and sellers), but the court says the software he allegedly designed served as his proxy:

This is not a situation in which Ulbricht is alleged to have himself approved or had a hand in each individual transaction that occurred on Silk Road during the nearly three-year period covered by the Indictment. Instead, he wrote (or had others write) certain code that automated the transaction. Yet, as a legal matter, this automation does not preclude the formation of a conspiratorial agreement.

Recognizing how these characterizations of Silk Road sounds similar to the way other online marketplaces work, such as eBay, the court says:

The Indictment alleges that Ulbricht engaged in conduct that makes Silk Road different from other websites that provide a platform for individual buyers and sellers to connect and engage in transactions: Silk Road was specifically and intentionally designed for the purpose of facilitating unlawful transactions. The Indictment does not allege that Ulbricht is criminally liable simply because he is alleged to have launched a website that was – unknown to and unplanned by him – used for illicit transactions. If that were ultimately the case, he would lack the mens rea for criminal liability. Rather, Ulbricht is alleged to have knowingly and intentionally constructed and operated an expansive black market for selling and purchasing narcotics and malicious software and for laundering money. This separates Ulbricht’s alleged conduct from the mass of others whose websites may – without their planning or expectation – be used for unlawful purposes….administrators of an eBay-like site who intend for buyers and sellers to engage in lawful transactions are unlikely to have the necessary intent to be conspirators.

By their designs, every online marketplace enables a mix of legitimate and illegitimate transactions. eBay and Amazon’s marketplaces contain counterfeit or fake goods. Selling tickets on StubHub may constitute illegal scalping. Vacation rentals on Airbnb may violate local regulations of hotels. Lyft drivers may be violating local taxi regulations.

Now, imagine how the U.S. Department of Justice could spin a similar story about online marketplaces during their infancy. eBay, circa 1996: it’s designed to help the sellers of fake Pez dispensers perpetrate a fraud on buyers, and the founders profit from this fraud. GIANT CONSPIRACY! Lyft, circa 2013: it’s designed to help drivers violate local taxi regulations, and the founders profit from their drivers’ widespread disregard of taxi laws. GIANT CONSPIRACY!

We could find ways to distinguish eBay, Lyft and most other online marketplaces from Silk Road. For examples, online marketplaces typically have a higher ratio of “legitimate” transactions than Silk Road did (I never used Silk Road, so I don’t know what percent of its transactions were legit. It could have been zero). Also, while the U.S. government won the initial ruling when the court had to make all inferences in its favor, perhaps this prosecution will fizzle out when the law requires that Ulbricht get more benefit of the doubt.

Still, this ruling is bad news for future entrepreneurs seeking to build online marketplaces. At any moment during their early development, given the unavoidable likelihood that some transactions are illegitimate, the U.S. government could tell a story that the online marketplace is part of a giant conspiracy by helping illegal transactions; and on that theory, seize the business (and permanently kick it out of the industry) and threaten the founders with the prospect of years or decades in jail. (See the similar story with Megaupload). While entrepreneurs hate the risk of losing their business due to potential legal exposure, they can quantify that risk when it’s just about money. When the risk is jailtime, the legal calculus becomes much more risk-adverse, which naturally casts a much deeper chill on entrepreneurship.

← Minors’ Privacy Claims Against Viacom and Google Over Disclosure of Video Viewing Habits Dismissed
When Is It Appropriate For Teachers To Call Students “Rat-Like” or “Dunderheads” in a Pseudonymous Blog? Never. →
Subscribe to Blog via Email
Categories