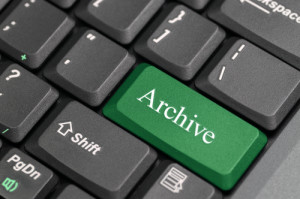 It’s a perennial question in copyright law: to what extent does copyright law protect attorney-drafted documents such as litigation briefs or contracts? Despite the venerability of the issue (I tested on copyrightability of contracts in my 2002 copyright class), we have surprisingly few cases on point.

Today’s case involves Westlaw’s and Lexis’ electronic databases of publicly filed litigation briefs, which they build by downloading the briefs from PACER or copying directly from courthouses. After an effort to bring a class action failed, lawyer White pursued his case individually. The court silently assumes copyrightability and infringement and quickly resolves the case on fair use grounds:

* Nature of Use. Westlaw and Lexis transforrmed the litigation brief, using it “toward the end of creating an interactive legal research tool.” The databases also added something new by “reviewing, selecting, converting, coding, linking, and identifying the documents.”

* Nature of the Work. The “briefs at issue are functional presentations of fact and law.”

* Amount Copied. “Although defendants here copied the entirety of White’s briefs, such copying was necessary to make the briefs comprehensively text searchable.”

* Market Effect. The court says the databases aren’t a substitute for the primary market for the briefs, the paying client:

The court also rejects that a market for briefs will emerge:

As a result, three of the four factors favor the defense, and the other is neutral. Judgment for the defense (and perhaps a 505 fee shift on the way).

The court doesn’t address other types of copying of attorney-drafted documents, but I think the ruling is largely extensible to them. For example, it seems clear that cloning-and-revising another lawyer’s brief to assist a different client would be equally protected by fair use. Although the copying would have a different purpose than archiving or searchability, all of the fair use factors should resolve the same way.

It’s less clear if a lawyer copied and filed another lawyer’s filing essentially verbatim. This is pretty common in the class action context, when subsequent lawyers faithfully copy the initial complaint filed against a defendant. It can also happen when a new lawyer replaces an old lawyer and then uses the old lawyer’s filings in the same or similar cases for the same client. We wouldn’t have the same transformativeness analysis in those cases, but the other three factors would remain the same. I think there’s a good chance a defendant wins in those circumstances as well.

Overall, recently we’ve had a good stretch of fair use rulings for archival or searchability purposes. The uncited Author’s Guild v. HathiTrust Second Circuit ruling also found fair use when libraries made copies of their book collections for a searchable database. In December 2013, American Institute of Physics v. Winstead held that fair use allows a law firm to maintain copies of academic articles that it cited in patent applications. Putting these cases together, it’s clear that copyright lawsuits over incidental archival copying or to increase searchability are not being well received in court. I’ll also call your attention to Katz v. Chevaldina, a recent fair use case letting bloggers show headshots of their griping targets.