May 28, 2014 · by Eric Goldman · in Content Regulation, Derivative Liability 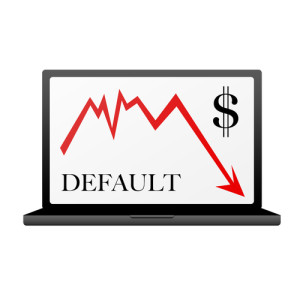 Before the headline freaks you out too much, let me highlight the most important fact: this is a default ruling. The defendant was a company but it says it couldn’t find cost-effective counsel, so the company’s principal tried to defend the company’s interests in court individually–a procedural no-no. So the court tosses all of the defendant’s efforts, and the defendant company no-shows for the rest of the proceedings. The result is an unopposed default judgment motion, and as we know, usually those don’t end well for defendants.

The case involves Collegetimes, a website that lets users review colleges. The website has a review page for Neumont University, a for-profit college based in Utah. The page is filled with critical reviews, such as “This school can be summed up in 3 words ‘PIECE OF SHIT.’” The page also has comments indicating that some prospective students reconsidered their interest in Neumont after reading the reviews. The opinion indicates that Neumont tried to post responsive comments, but that triggered Collegetimes to include a banner saying “Warning: We recommend that you avoid this college.” Neumont also alleged that the site deleted positive reviews, blocked Neumont’s ability to access its discussion forum on the site, and posted disparaging tweets such as “# Neumont student reveals that administrators host ‘pizza parties’ to coax students to leave positive reviews online answers.yahoo.com.”

Neumont claims it lost at least 12 matriculants due to Collegetimes, resulting in $1.02M of lost revenues ($85k/student). How does one prove that negative online reviews from one particular website are the legally responsible cause of a company’s lost revenues? It can’t. See my discussion about the Hosto opinion.

Putting aside the defendant’s tweets, it’s omigod-you-can’t-miss-it obvious that Section 230 precludes Neumont’s lawsuit for the user reviews. At various points, Neumont made arguments about Collegetimes’ behavior that reminded me of the gripes about PissedConsumer, but we know those arguments don’t actually defeat Section 230. My understanding is that the company defendant even asserted Section 230 in a motion that was stricken because it was submitted by the company’s non-lawyer principal.

Yet, despite all this, the default judgment doesn’t mention Section 230 even once. Why not? Some hypotheses:

* the judge simply never understood that Section 230 applies to this lawsuit. Given that the stricken motion seemingly raised the issue and any cursory research by the judge’s law clerk would have quickly revealed Section 230’s applicability, this is possible but not likely.
* the judge actively suppressed any recognition of Section 230 to ensure that the defendant didn’t get any benefit from its improper motion.
* the judge felt that Collegetimes’ own words, such as the warning banner and the tweets, were defamatory enough to support the judgment even if the reviews themselves were not considered. Unfortunately, the judge expressly references the user reviews in analyzing the plaintiff’s prima facie case, so if this was the case, the judge wasn’t careful about cleaving between the proper and improper facts supporting the default motion.

The net result is that we’re left with an opinion where Section 230 casts a very long shadow over the outcome, yet the opinion addresses a hypothetical world where Section 230 doesn’t exist. This opinion also doesn’t address Nevada’s new anti-SLAPP law, even though it probably would have applied; and if it did, it would have led to a fee-shift to the defendant.

What makes this ruling even weirder is that the court rejects (again, without any defense by the defendants) Neumont’s requests for injunctive relief. Waxing philosophic about the First Amendment, the court says “enjoining the publication of disparaging information about a business is an impermissible prior restraint on free speech.” The court concludes:

Consumer reporting plays a vital role in ensuring that a company’s desire to maximize profit, if abused, will not go unnoticed; and online fora for the exchange of those ideas play an increasingly large role in informing consumers about the choices that make sense for them. Although Neumont, like any legitimate business, would like to operate in a marketplace where one-sided, disparaging, and even false statements do not hamper its desire to maximize its own profits, Neumont is not entitled to conduct its affairs in an environment devoid of criticism—even false and disparaging criticism. Because these communications implicate fiercely protected First Amendment rights, the appropriate remedy for Neumont is not a gag order or forced warning label on the Collegetimes website but an after-the-fact lawsuit for damages caused by any demonstratively tortious actions. Accordingly, Neumont’s request for a permanent injunction is denied.

Well, OK. Amen, I guess. But where was this free-speech fervor in the decision to award $1M? And given that the purportedly tortious content isn’t enjoined, does this mean Neumont can come back to court periodically and pick up new damages awards? i.e., Collegetimes is now apparently the financial guarantor for any future admissions deficits by Neumont?

In a footnote, the court also rejects the plaintiff’s sly attempt to take the entire Collegetimes website offline: “The requested relief is also overbroad. Neumont asks the Court to extend the reach of the injunction to the website’s “sponsors, associates, and affiliates” and also to Neustar, Inc., and VeriSign, Inc. (domain name registries), none of whom are parties to this litigation.” Compare our discussion about ex parte IP takedown orders against foreign websites, e.g., Egregious/Overreaching Ex Parte Orders for Rightsowners Keep Coming — Deckers and Richemont. Of course, we’ll have to see what those services do in response to the default judgment. They might honor it voluntarily, so the site is hardly safe from their whims.

For now, I’m putting this ruling into the interesting-but-obviously-wrong bucket that provides little predictive value for the future. Or, if you want to envision how online defamation litigation against consumer review websites would look like in the US without Section 230, here’s a $1M case study.