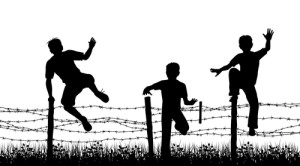 With the Sochi Winter Olympic Games approaching, it is time again to follow again one of the unofficial Olympic “sports” – the evasion of geolocation. Internet users around the globe will be bypassing websites’ geoblocking capabilities to access internet content that is territorially limited and therefore otherwise inaccessible in their physical location. Users typically encounter territorial limitations on Olympic content because the content is licensed per country or region and content providers limit access to the licensed content to users connecting from those particular countries or regions. Why does anyone care to see content that is offered elsewhere? A desire to follow Olympic disciplines not popular in the country where one resides can be one reason; watching programs live as opposed to recorded can be another; and seeing athletes compete even if they represent foreign countries is even another reason to seek content licensed and broadcasted outside users’ own markets.

The evasion of geolocation is not new; it was already popular during the previous Olympic Games (here). What has changed since the London games is that the tools to evade geolocation continue to be, as I predicted in one of my articles, more and more user-friendly, thus allowing even lower-tech internet users to access content outside the territory in which the content is being made available by content providers. Users’ evasion of geolocation is not confined to Olympic programming, of course, but the Olympic Games seem to generate more interest in access to territorially-limited content than other events. For example, the Business Insider’s Saturday, January 25, 2014, story is reporting on Hola – a free and easy-to-use new application that “Lets You Watch Whatever TV Program You Want, Including The Olympics, Anywhere In The World.”

Apart from the interest that events of global appeal raise when they take place in countries many time zones away, interest in the evasion of geolocation may not usually be as mainstream in the United States as it is in smaller markets where the supply of nationally-produced and licensed content is smaller (e.g. because of the smaller size of population that speaks the national language) and where knowledge of foreign languages is more common. For example, if 28% of Europeans between the ages of 25 and 64 speak two foreign languages, and more than a third of the age 25 to 64 population speaks one foreign language (see Eurostat statistics here), it is not surprising that Europeans look for content without regard to its origin or where it is intended to be available, if the content is in one of the languages that they speak.

Evasion of geolocation raises various legal issues (see a discussion of the legal implications of evasion here) and questions the current legal framework that makes it difficult to make copyrighted works accessible across borders. In the European Union, where the European Commission is considering whether and how to revise copyright law, the Commission included questions about cross-border access to copyrighted works in its recent request for public comments (here) that should help the Commission identify issues that the potential copyright law revision should address  (point II.A, pp. 7 ff, of the consultation document). The Commission’s questions come close to asking the public a question that I asked my audience at DefCon 19 in 2011: How many users have encountered content access problems related to territorial restrictions but have not cared because they are capable of evading the geolocation tools that identify their location?

Even if Europeans are successful at mitigating at least some of the challenges they face with cross-border access to copyrighted works inside the European Union, their success will not be easily transferrable to countries outside the European Union. EU law builds on the European Union’s foundation as a regional organization in which countries share many common values and a system in which copyright legislation is guided by the desire to create a single common market with no or absolutely minimal obstructions to the free flow of persons, goods, and services. While the legal solutions developed in this context might also inspire solutions at the international level, EU solutions might not always be easily transplantable globally or supra-regionally. To date only one international intellectual property treaty addresses the issue of cross-border access to copyrightable works: the Marrakesh Treaty on access to copyrighted works for visually impaired persons has a cross-border access provision (Article 5). However, it is this provision of the Treaty that many copyright experts agree will be the most difficult to implement in national legislations. (The Treaty was signed in June 2013 but is not yet in force.)

Answers to the challenging questions associated with cross-border access to copyrighted works are unlikely to appear soon. The European Commission is asking for replies to its consultation document by February 5, 2014, but it will take a while before the results of the consultation are made available and lead to any tangible proposals. In the United States, questions of cross-border access could have arisen in the Aereo case that is currently pending before the U.S. Supreme Court (certiorari was granted on January 10, 2014), but Aereo was careful to avoid this difficult cross-border legal maze. Maybe the struggle of national legislators around the globe with the implementation of Article 5 of the Marrakesh Treaty will generate new ideas for innovative solutions to the cross-border challenges. And perhaps it will be the International Olympic Committee that will push for a business model for the next Olympic Games that will chart a new course for the future of global access to content.