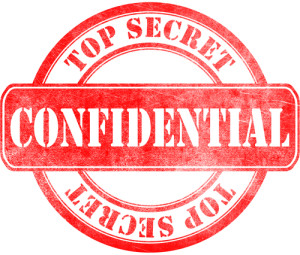 Most lawsuits settle; and most settlements are confidential. As a result, outsiders often don’t learn who “won” a settled lawsuit or the range of standard settlement terms. Fortunately, a dispute over the settlement agreement in a keyword advertising trademark lawsuit against Amazon.com means we get to see the formerly confidential terms. The settlement terms highly favor Amazon, but trademark owners will find Amazon’s concessions interesting nonetheless.

After a seemingly successful mediation, the parties signed a Settlement Memorandum of Understanding (MOU) that contemplated the parties would replace it a full-blown settlement agreement. Documents like this can create legal mischief when one party wants it to be binding but the other party doesn’t. It’s like the joke about a “binding letter of intent,” but only lawyers find the joke funny, and only because they cash in on the inevitable disputes. A binding letter of intent is an oxymoron. If it’s truly a letter of intent, then it’s not binding. Otherwise, it’s a contract, even when it’s not as polished or detailed as a properly prepared contract. Lawyers routinely advise against using “binding MOUs” because invariably the parties will disagree when they negotiate the full contract, and that just leads to more legal disputes. That’s exactly what happened here: Sen objected to Amazon’s proposed settlement agreement draft, and back to court they went.

Though it was risky, the MOU worked out for Amazon in this case. The MOU explicitly says “Amazon to prepare long form agreement subject to mutual consent, otherwise this agreement rules” and “this settlement…is binding and judicially enforceable.” The parties clearly intended the settlement MOU to resolve their dispute even if they didn’t execute a replacement agreement, and the court easily reaches that conclusion.

As an added bonus, the parties’ dispute over the MOU publicly exposes the otherwise-confidential MOU’s terms. (Amazon sought confidentiality for the settlement terms but the court refused). The MOU had 9 points, 6 that were “fill-in-the-blanks” in the pre-printed form, and 3 that were handwritten (I did my best to decipher the obviously hurried handwriting). The terms:
____

In the matter of Sen v. Amazon; 12cv2878(BGS), the undersigned have agreed to a settlement on the following material terms and conditions, all of which are set forth herein:

1. Payment in the sum of $ NONE;
2. A release of all claims, including C.C.P. § 1542 waiver, and a dismissal with prejudice of the above entitled action;
3. The Court to retain jurisdiction to enforce the settlement for a period of 1 year;
4. The parties will consent to the magistrate judge’s jurisdiction for enforcement of the settlement/all further action in the case;
5. The settlement shall be confidential;
6. Each side will bear its own costs and fees;
7. If in future, plaintiff discovers any further issues related the Baiden mitten with Amazon.com, you can work with Amazon.com directly through copyright@amazon.com with a cc to [Anne Tarpey’s email address] You may also call [Amazon’s outside counsel] at [phone number] (Also for Section 8)
8. In the event you terminate with Amazon.com, you will provide written notice advising that no 3d parties are selling the product [* see below], that you have the valid mark and subject to good faith confirmation, Amazon.com will agree not to use “Baiden” in text of sponsored links, nor “Baiden” keywords w/in 20 days of notice;
9. Amazon to prepare log [sic] form agmt subject to mutual consent. otherwise this agmt rules.

I acknowledge and agree that this settlement was made before the Court and is binding and judicially enforceable. [Signatures]

[* note: I think Amazon intended that Sen hasn’t authorized any third parties to resell the Baiden mitten in Amazon’s marketplace, but I could also read this phrase to mean that Sen sells only direct-to-consumer.]
___

In general, this looks like a pretty sweet settlement for Amazon. It doesn’t pay a dime and can keep buying keyword ads on “Baiden.” But defense-favorable outcomes are normal in keyword advertising lawsuits, especially in pro se cases.

First, Sen can send future complaints to Anne Tarpey, an “Investigations Manager” for Amazon, in addition to the standard front door for IP complaints (copyright@amazon.com). I don’t know how many other IP owners have backdoor access like this, but I imagine many would value it.

Second, Point 8 is a little cryptic–not surprising in a hastily drafted and hand-written MOU–but it appears Sen can “opt-out” of Amazon’s marketplace, at which point Amazon will kill its keyword ads on “Baiden.” If Sen exercises her option, Amazon won’t promote the Baiden Mitten with keyword advertising even if third party merchants are legitimately reselling new or used mittens. In that case, Sen won’t have to compete with Amazon in setting keyword ad bid prices. This resolution won’t interest most trademark owners because they want Amazon selling their stuff. Still, some trademark owners might prefer not to compete with Amazon for keyword bids on their trademarks.

In the MOU, Sen thought Amazon promised not to kick her out of its marketplace. The court says:

To the extent that Plaintiff subjectively believed that she was entitled to indefinite and unlimited use of Amazon’s platform no matter how many violations she incurred, this view is unreasonable and unsupported by the plain language of the MOU.

This shows the underlying risks of Sen’s lawsuit; a risk most trademark owners face when they sue retailers who sell their goods. Sen may need Amazon more than Amazon needs the Baiden Mitten, and Amazon could decide to simply drop the Baiden Mitten altogether–an outcome Sen clearly feared. It reminds trademark owners to think twice about antagonizing powerful retailers. For more on that point, see this article.

It is obvious that if Plaintiff or any authorized third parties are selling the Baiden mitten on the Amazon platform, Amazon necessarily needs to be able to use the mark in the text of sponsored links and key word searches. How else will Plaintiff get traffic and sell her product?

Amazon has a lot of internal traffic, so it can generate customers for the Baiden Mitten without external keywords ads. Nevertheless, it’s nice to see the court treat retailers’ keyword ads on the trademarked goods they carry as an “of course” moment rather than a freakout-inducing trademark violation.