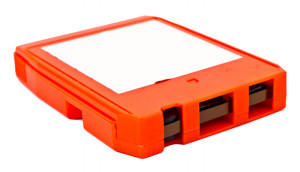 I also heard they were planning to debate if lawyer advertising by 8 track tape was OK. Photo credit: eight 8 track tape cassette // ShutterStock

In March, the Florida State Bar’s Standing Committee on Advertising proposed an ethics opinion (Proposed Advisory Opinion A-12-1). The opinion was designed to help Florida lawyers understand what they could ethically do with online marketing. It targeted a melange of now-outdated search engine optimization (SEO) practices, such as hidden text and keyword metatags. It also restricted competitive keyword advertising–“[l]awyers may not purchase the name of another lawyer or law firm as a key word in search engines”–even though it’s becoming increasingly clear over the years that such competitive keyword advertising purchases are legal and legitimate (see, e.g., Habush v. Cannon). Rather than enlighten attorneys about their ethical obligations, this proposal was both hopelessly antiquated and potentially detrimental to legitimate competition.

Normally, a proposal like this get rubber-stamped through a state bar’s review process, so its approval seemed inevitable. Nevertheless, working with two law professors in Florida, Faye Jones and Lyrissa Lidsky, and my student research assistant, Jake McGowan, we submitted comments opposing the proposal. My prior blog post. I also made two telephonic appearances before one of the reviewing bodies, the Board Review Committee on Professional Ethics (the BRC), and Google submitted comments as well.

Earlier this month, in a surprising development, the BRC rejected the proposal (voting 6-2), and the Florida Bar’s Board of Governors–the ultimate decision-maker–accepted that conclusion (voting 23-18). As a result, the Standing Committee on Advertising’s proposed opinion is dead. The Florida Bar’s Ethics Counsel explained that the BRC:

is of the opinion that the purchase of ad words is permissible as long as the resulting sponsored links clearly are advertising, and because meta tags and hidden text are outdated forms of web optimization that can be dealt with via existing rules prohibiting misleading forms of advertising

Still, much work remains. North Carolina has a similar ban on lawyers’ competitive keyword advertising that was quietly enacted last year (2010 Formal Ethics Opinion 14). I’ll be tackling that next. And Florida has plenty of other ill-advised restrictions on Internet marketing by lawyers, such as restrictions on lawyers making “garden-variety” descriptions of their practices on blogs and websites (see the complaint) and letting LinkedIn members endorse the lawyer for “skills and expertise” (although at the same Board of Governors’ meeting, that position was reversed and sent for further study). Finally, despite the Florida Bar’s resolution of the ethics question, we recently saw a trademark lawsuit filed in Florida by one law firm against another for competitive keyword advertising. The lawsuit will probably fail, but continued overreactions to Internet marketing by lawyers will almost certainly follow in its wake.
____