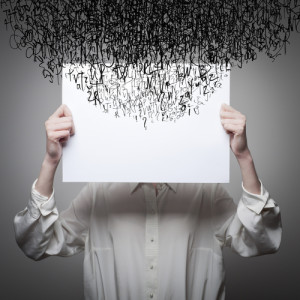 At what point does online mudslinging become actionable defamation? In September, an appellate court in California upheld a wig seller’s liability for defamatory statements made on online forums, focusing on the false factual nature of the claims.

Plaintiff Sanders’ mother lost her hair from chemotherapy treatment for breast cancer. Sanders bought a wig for her mother from defendant Wiggin Out. She claimed she was told that the wig was custom-made, but Wiggin Out’s owner Wals) denies that she ever made that representation. Sanders prevailed in small claims court and subsequently made a post to Ripoffreport.com. In a lengthy “rebuttal” post, Walsh and Wiggin Out made two allegations that Sanders claimed were defamatory.

First, Walsh claimed that Sanders paid with an “unauthorized” check:

“Fact: Cheryl Saunders who works for the City of Anneheim, CA … wrote an unauthorized check out of her boyfriends (she told us it was her husbands account that day) from West Coast Building Contractors out of Annehiem and at the bottom by the ‘notes section’ wrote that it was a ‘Prosthetic Donation.’”

Second, Walsh claimed that Sanders had fabricated a letter from Fed Ex in order to prove that Sanders’s mother tried to return the wig to Wiggin Out:

“Fact: New court date. Cheryl Saunders came into court with a made up letter from Fed Ex stating that ‘Constance Walsh opened the package and saw what was in it and gave it back to Fed Ex.”

Months later, Sanders found anonymous posts online suggesting that she was receiving “under the table” bribes in exchange for construction contracts. These posts were ultimately traced back to Walsh and Wiggin Out.

In response to the various defamatory posts, Sanders sued Walsh and Wiggin Out for libel, false light, and intentional infliction of emotional distress (IIED). The trial court found that each of the online statements in question were false and defamatory, awarding $10,000 on the IIED claim, $10,000 on the defamation claim, and $4,000 in punitive damages. Walsh appealed.

Walsh argued that her statements fell in the category of protectable opinion. As part of this strategy, she harped on the “relaxed communication style” of the Internet and how, in that context, readers would understand her statements as mere opinions. Some prior California cases supported this theory, citing commentators who “’likened cyberspace to a frontier society free from the conventions and constraints that limit discourse in the real word.’” See Krinsky v. Doe 6, 159 Cal. App. 4th 1154 (2008).

The Yelp.com posting mentioned Cheryl Sanders in connection with awarding city contracts to friends and family members and taking under the table money, i.e., bribes. The MerchantCircle.com article was even more explicit, accusing Cheryl Sanders of “giving all the construction business in Anaheim for a under the table bribe.” These statements are not mere opinion.

The court called these “historical facts” and also made sure to point out that Walsh’s post on Ripoff Report actually prefaced most of its paragraphs with the word “fact.”

Walsh said that she held an honest belief that the statements on Ripoff Report were true based on her experience related to the small claims suit. But the court noted that even if this were true, such an honest belief would not cover the various city planning corruption allegations.

In addition, the court noted that Walsh “plainly had a hostile relationship” with Sanders which was evidenced by the Ripoff Report statements:

The patently false nature of the claims, Walsh’s false denial that she posted the statements, and Walsh’s hostile attitude towards plaintiff are substantial evidence to support the trial court’s finding of malice.

For these reasons, the court affirmed the prior judgment.

First of all, we would appreciate if any of our readers could explain the main differences between custom and generic wigs–the opinion does not mention the delta in quality or price. Apparently, however, it was enough to start an online war of words that would escalate and spill over into the courtroom.

Sometimes, you can’t help but marvel at the great things happening on the Internet. Duolingo, Khan Academy, Justinguitar, Wikipedia… Right now, people all over the world are online learning and becoming better people.

Other times, you can’t help but place your palm on your forehead, close your eyes, and slowly shake your head. This is one of those times.

This is not to say that sites like Ripoff Report and Merchant Circle shouldn’t exist, but does posting a rant online truly help matters? Do prospective customers really use them to prepare for a purchase, or are they more like an online diary where venting has the potential of hurting the other side’s business? At the same time, how does it help to “rebut” these rants with extremely specific (and misspelled) falsehoods? In this case, it seems it was clear sailing on the high road.

Regardless of the ridiculous origin of the lawsuit, this case is interesting in another respect because the defense is essentially trying to capitalize on the public’s skeptical perception of Internet conjecture. On one hand, the “anonymous” nature of the Internet does invite these types of “fast and loose” factual claims. Readers are often told to take everything on the Internet with a grain of salt, let alone unmoderated forum posts. Even younger readers are often able to spot “trolls” and brush off incendiary comments knowing the content is untrue and only meant to get a rise out of the target. How far are courts willing to go to punish this type of online mudslinging?

On the other hand, the court is right that the allegations in controversy are definitely specific factual allegations damaging to Sanders’s reputation. Whether on the Internet, in print, or elsewhere, it is not accurate to portray them as mere opinion.

For more information, see Eric’s post: “Want to Avoid Defaming Someone Online? Link to your Sources.“