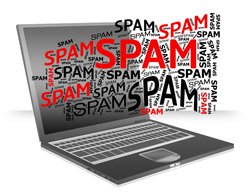 People hate receiving spam, but most people stopped obsessing about spam a decade ago or more. In the interim, anti-spam filters have improved dramatically. Still, some anti-spammers hate spam so passionately–or, perhaps, hope to put a little coin in their pockets–that we still see a steady stream of lawsuits against email marketers. For the most part, those lawsuits don’t win; in the past half-decade, repeat anti-spam plaintiffs have rarely won in court. A recent ruling in a case brought by Spam Arrest demonstrates just how hard it’s gotten to win anti-spam lawsuits–and why we’re not likely to see many successful anti-spam lawsuits in the future.

Spam Arrest offers a subscription anti-spam service that blocks emails from senders until they verify themselves. To verify senders, Spam Arrest emails them a link to a verification page, where the sender can click on a “verify” button.

The Sender Agreement made senders promise that they were not sending “unsolicited commercial e-mail” and specified that senders had to pay $2,000 for each violation of the agreement (a “liquidated damages” clause). Imposing liquidated damages for spam has become fairly common in online contracts, and it’s succeeded in at least one case.

* Spam Arrest didn’t convince the court that it properly formed the Sender Agreement during the verification process (the court said the jury would have to decide). Its failure to make the contract formation unambiguous, at least prior to 2011, didn’t comply with best practices for online contract formation. Compare the legal treatment of the Zappos and JDate contracts.

* Even if the contract was properly formed, Spam Arrest couldn’t show that Sentient Jet employees who verified the email had legal authority to enter into the Sender Agreement. The court points to Spam Arrest’s expensive liquidated damages as the reason why: “Employees who have authority to use corporate email addresses probably have authority to undertake certain acts incidental to sending email. Without additional evidence, however, no jury could conclude that this generic authority includes authority to enter a contract that imposes $2,000 in liquidated damages for every email sent in violation of the contract.”

* Spam Arrest didn’t show meaningful damages from Sentient Jet’s email. The court says Spam Arrest’s direct operational costs from an unwanted email are less than $0.02. Spam Arrest argued that it lost subscription revenues from disgruntled subscribers who canceled their accounts, but the court notes that “Spam Arrest admits that it has no evidence that any customer has left because of spam from Sentient Jet.”

Because the damages were so minimal and attenuated, the court rejected Spam Arrest’s liquidated damages clause as an unenforceable penalty. (Contracts law prohibits financial penalties in contracts). To prop up its liquidated damages calculations, Spam Arrest retained Dr. Steven Shavell, a Harvard Law professor and a major figure in the field of Law and Economics, but this didn’t go well. The court discredited Dr. Shavell’s testimony as “wholly divorced from the analysis of liquidated damages clauses that Washington law requires,” and Spam Arrest apparently conceded that Dr. Shavell’s testimony was “irrelevant” to the applicable legal standard. Worse, the court says that Dr. Shavell’s testimony helped Sentient Jet’s case by confirming “that the $2,000 is justifiable only as a deterrent, not as a reasonable forecast of damages.” (Dr. Shavell declined comment on this ruling).

If Spam Arrest couldn’t show any damages from the lawsuit, why did it sue? I got the following statement from Derek Newman, one of Spam Arrest’s lawyers:

I’ve been a Spam Arrest customer since 2001. Spam Arrest is the only spam-elimination technology that works. It’s successful at least 99% of the time and would always work if not for companies like Sentient Jet. Sentient’s director of marketing entered into an agreement with Spam Arrest promising not to send spam to Spam Arrest’s customers. But to promote its $120,000 private-jet cards, Sentient’s employees ignored the agreement and sent thousands of emails to Spam Arrest’s customers whose names Sentient purchased from a third-party email-list broker. We believe the court erred in finding that Sentient Jet should not be responsible for its employees’ conduct. Spam Arrest is evaluating an appeal to protect its customers from unwanted spam in light of the court’s decision.

* Anti-spammers don’t win in court just by showing up. In this case, the judge repeatedly dinged Spam Arrest for its lack of proof. Indeed, I often see anti-spam plaintiffs do an incomplete job preparing their cases. Sometimes I feel like anti-spam plaintiffs view their case as trivially easy: they got email they didn’t want, so the sender should pay. As this case illustrates, that’s not the way it works.

* Text messaging spam is the emerging battleground. While the legal battles over email spam are winding down (except for diehard serial plaintiffs trying to scratch a living out of litigation-in-bulk), the litigation battles are migrating to other forms of unconsented electronic marketing. The biggest hot-spot today is text message marketing litigation, where even a single unconsented SMS can support a Telephone Consumer Privacy Act (TCPA) claim.

Fortunately, most courts who have addressed this issue have found the clicking person had the requisite authority (see, e.g., Crawford v. Consumer Depot, Abramson v. America Online and Motise v. America Online). Further, this ruling didn’t hold that employees categorically lacked authority to bind their employers to the Sender Agreement; the key was Spam Arrest’s $2,000 liquidated damages clause, which was such a large dollar amount that the court paused to ask if rank-and-file employees had the requisite authority. The ruling leaves open the possibility that a different approach to liquidated damages might have been more successful.