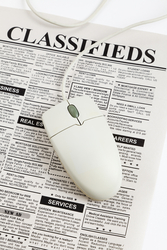 Armslist runs an online classified ad website for guns. After finding each other on Armslist, Ladera sold a gun to Smirnov, who used the gun to murder Jitka Vesel.

Jitka’s brother sued Armslist for its role in the murder. He alleges that Armslist didn’t operate its website in a commercially reasonable manner because it designed the website to enable gun sellers and buyers to circumvent gun laws and find each other. The court rejects that Armslist had a duty to the deceased, the gun buyer or the general public. The court also rejects the implicit argument that every Armslist transaction automatically violated gun control laws because Armslist enabled some legal transactions. The court further rejects the argument that Armslist is a “gun show,” and the court credits that Armslist uses a mandatory clickthrough agreement with every visitor (if you go to the site, it’s immediately presented before you can browse) stating that users agree to comply with the law. As a result, the court grants Armslist’s motion to dismiss on the plaintiff’s failure to satisfy the traditional elements of a tort claim, saying:

the criminal conduct of third-parties who misuse Defendant’s website to illegally sell and buy firearms is not a reasonably foreseeable consequence of the website design.

Finally, the court rejects the plaintiff’s argument that Armslist should shift its business model from publishing third party classified ads and instead become a retailer and thereby comply with all gun control laws.

Despite the tragic murder, the court reaches a sensible legal result. However, I was struck by what the court DIDN’T discuss:

1) No mention of the Solider of Fortune “hitman” classified ads lawsuits. The ad copy in those cases–advertising the services of contract hitmen–was far more menacing than the ad copy in this case, which merely advertised guns.

2) No mention of the First Amendment, a central issue in the Soldier of Fortune cases. Armslist’s publication of classified ads should get First Amendment protection–perhaps only intermediate scrutiny under Central Hudson, but more than zero.

3) Most strikingly, no mention of 47 USC 230. I couldn’t think of any reason why Section 230 doesn’t apply, and in fact it was invoked in a virtually identical case against Craigslist (Gibson v. Craiglist). The cases are also reminiscent of Doe v. MySpace, which stands for the proposition that UGC websites aren’t liable for offline torts/crimes that users commit against each other. I’m not sure if Armslist didn’t raise Section 230 defense or if the court chose not to address it, but its omission is both encouraging–default tort principles led to the same result as Section 230–and potentially disheartening if UGC websites feel they can’t rely on it.

UPDATE: Armslist did argue Section 230 in its motion to dismiss. However, several members of Congress filed an amicus brief opposing Section 230 (based on numerous wrong-headed arguments IMO), and that opposition may have been enough to freeze the judge. I wonder, though, if the amici are better off by having the court anchor its ruling in default tort principles. In this respect, the ruling reminds me of the 1999 Lunney v. Prodigy ruling, which relied on default tort principles to excuse a service provider from liability for third party content.