The Federal Trade Commission (FTC) hates inauthentic online content.  To combat this perceived ill, the FTC has been waging a multi-year battle against surreptitious ads online.  The FTC has been quite clear about what it wants online publishers to do: clearly and conspicuously tell readers when content is advertising or otherwise subject to conflicts of interest.

Unfortunately, the FTC is running a fool’s errand.  It’s often difficult to distinguish “content” from “advertising,” nor is it clear that informing consumers when content is advertising actually improves their decision-making.  For more on the latter point, see this essay; plus I’ll address this in a separate blog post.

Last week, the FTC revisited search engine disclosures of paid search ads.  The FTC first addressed this issue over a decade ago, telling search engines it expected them to make “clear and conspicuous” disclosures of any paid placements in search results.  Summarizing developments over the last decade, the FTC says:

To reverse this “decline,” the FTC told search engines to provide (1) better visual cues, such as prominent shading or borders, and (2) text labels that appear before the ad results, or in the upper left of an ad block, in an adequately sized and colored font.   The FTC doesn’t specify the precise words that constitute an adequate text label, but it implicitly endorses the terms “ads” and “sponsored.”  Acknowledging that search technology is evolving, the letter also expressly says that voice assistants like Siri need to make ad disclosures at a suitable volume and cadence.

Obviously, the FTC wouldn’t have issued this letter if it was happy with current industry practices.  Over the years, Google ($GOOG) in particular has made it noticeably harder to visually separate the ads from organic listings, by lightening the ad shading box and making the text label more obscure.  Undoubtedly, the FTC expects Google and the other search engines to change how ads appear on their current search results pages.  Like the industry response to the FTC’s 2002 letter, I expect search engines will attempt to comply with the FTC’s request by tinkering with both the visual cues and the text label.   Given Google’s existing multi-front battles with the FTC, I doubt Google will pick an unnecessary fight. 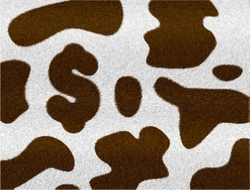 Still, this is a high-stakes matter for Google; the FTC’s letter directly implicates Google’s cash cow.  Even a minor decrease in clickthrough rates or advertiser bids could reduce Google’s revenues by billions of dollars a year. Furthermore, if the cues and labels train consumers to ignore search ads (similar to “banner blindness“), they could devastate search engine revenues.

I don’t think those outcomes are likely.  A couple of years ago, Google changed the text label from “sponsored links” to “ads” and moved the label’s disclosure to the right (sometimes).  Google made the change partially in response to pressure from consumer advocates who felt that the “sponsored links” label wasn’t explicit enough, but the changes provided an unexpected win for Google.  Studies suggested that ad clicks increased following the change, turbocharging Google’s revenues.

In that situation, Google reduced the text label’s visual impact, while the FTC wants Google to increase visual impact. However, responding to the FTC’s request could counter-intuitively raise the ads’ visibility to consumers by drawing consumers’ eyes towards the ad block.  It will take a lot of A/B testing to figure out the optimal mix of visual cues and text labels, but I expect that Google and the other search engines ultimately will find a combination that increases ad clicks and boosts revenues.  So instead of hurting Google’s bottom line, I expect the FTC’s letter will spur Google to find an even more lucrative user interface.  And to the extent the FTC hopes its letter will lead to consumers becoming smarter about clicking on search ads due to more visible disclosures, I expect this FTC initiative will fail or backfire.

← Judges’ Facebook Friendships Insufficient for Recusal .. Again
Catching Up on 512 Safe Harbor Cases (and Other Online Copyright Cases) From the Past Year →
Subscribe to Blog via Email
Categories