[Note: this is one of those posts that languished in the queue for a few years. Depending on your response, I may decide to turn it into a lengthier academic paper. Please send me your thoughts!]

You already know the legal system is screwed up, but I’d like to be more specific about why.  When we say lawyers are “litigious,” what we really mean is that too many lawyers spend too much time thinking about how to sue someone else.  Similarly, legislators spend their time manufacturing new laws, which usually create more opportunities for people to sue each other (see the Economist’s discussion of this point). Law professors typically do the same; the typical law review article focuses on a social problem and proposes to solve it with a new legal rights. (Just take a look at the torrent of recent academic articles about privacy and you’ll see what I mean).

I don’t understand why we as a society spend so much time thinking about suing people.  I’m much more interested in figuring out how we can stop suing each other.  If we could create “lawsuit-free zones,” we’d avoid the individual and social costs of adjudicating disputes, including the’ settlements payments to get rid of nuisance and otherwise meritless lawsuits.  Plus, lawsuit-free zones stimulate business investments by providing more legal certainty to entrepreneurs, which should translate into more jobs. So finding ways to dial down litigation might be the best “jobs stimulus” effort our legislators could undertake. 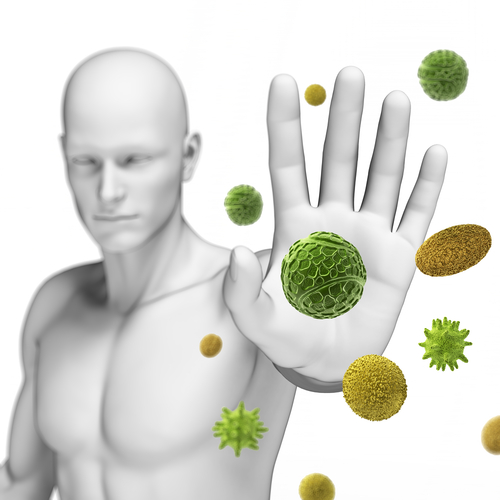 * 47 USC 230, an immunity that says websites aren’t liable for user-generated content (UGC) except with respect to intellectual property claims and a small number of other specified circumstances.  This immunity has become the foundation of the UGC industry, which has created lots of jobs and improved the  flow of socially beneficial information.  For more on Section 230’s merits as economic policy, see my Regulation of Reputational Information paper.

* 17 USC 512, a safe harbor for websites to avoid liability for user-committed copyright infringement. While this safe harbor has some serious flaws (especially when compared to 47 USC 230), it has still provided enough legal certainty to help the UGC industry grow.

* California Business & Professions Code (B&P) 16600, which voids non-compete clauses in California in most circumstances. In her book Regional Advantage: Culture and Competition in Silicon Valley and Route 128, Prof. Annalee Saxenian persuasively demonstrated that this immunity plays an essential role in Silicon Valley’s success.

While technically not immunities and safe harbors, two other examples of legal doctrines that help create a lawsuit-free zone:

* the “standing” requirements in Article III of the Constitution, which requires (among other things) that plaintiffs show they have suffered a cognizable harm before they get access to the Federal court system.  In particular, Article III standing efficiently kills meritless Internet privacy cases where plaintiffs have suffered no real harm.  In turn, the lawsuit-free zone created by Article III standing facilitates experimentation and innovation on privacy-related matters.

Based on these examples, it’s possible to reverse-engineer some key attributes of immunities/safe harbors that help create strong lawsuit-free zones:

* Minimal Formalities/Prerequisites.  Immunities and safe harbors work best when they don’t require technical steps that might be inadvertently overlooked or mishandled.  Thus, Section 230 automatically protects every UGC website; and B&P 16600 automatically protects every employee and future employer.  In contrast, Section 512 has a long list of technical prerequisites (what we call “formalities”) that can disqualify well-meaning but sloppy or uneducated entrepreneurs–or, at minimum, prompt expensive legal fights over whether the formalities have been satisfied.

* Drafting Brevity. The longer the statute, the more things that plaintiffs can fight over. Section 230(c)(1)’s main operative language is only 26 words, which doesn’t give plaintiffs a lot of bases to fight.  In contrast, Section 512 runs for thousands of words, creating dozens of different vectors to attack a safe harbor defense. As a result, with so many more words to fight over, Section 512 judicial opinions are typically much lengthier–and more expensive to the litigants–than Section 230 opinions.

* Global Preemption. Because too many legal doctrines overlap, an immunity/safe harbor that protects defendants against only one legal doctrine is typically useless; plaintiffs can just focus their energies on other overlapping causes of action that might apply to the same behavior.  Thus, an effective immunity/safe harbor eliminates the defendant’s liability completely, regardless of what cause of action the plaintiff asserts. For example, Section 230 and Article III standing work so well because they usually categorically preempt all causes of action asserted by the plaintiff, no matter how many or wide-ranging.

* No Weasel-Words. Subjective elements of an immunity or safe harbor, such as the requirement that the defendant act in “good faith” or “innocently,” are tautological.  They give judges an opportunity to inject their normative views, and they create more opportunities for plaintiffs to fight. As a result, weasel-words can destroy the effectiveness of an immunity or safe harbor.  For example, one part of Section 230 (Sec. 230(c)(2)) depends on the defendant’s “good faith” conduct; that part has been comparatively useless to defendants as a result.

* Specifically Described Scienter. “Scienter” means the amount of the defendant’s bad knowledge or intent.  I favor immunities and safe harbors that protect defendants regardless of their scienter.  Section 230 does that; websites aren’t liable for third party content no matter what the plaintiff alleges about the website’s knowledge of the content. Realistically, though, legislators typically will not excuse defendants who have sufficiently bad scienter.  If so, the statute should spell out precisely when the defendant has the requisite scienter. For example, Section 512 defines exactly when the defendants have disqualifying scienter about user-caused copyright infringement–defendants must have actual knowledge or awareness of apparent infringement–and it defines the elements of a copyright owner’s takedown notice that is sufficient to provide actual knowledge.  Unfortunately, Section 512 has been a failure at circumscribing disqualifying scienter.  Courts have added other types of disqualifying scienter (“inducement” and “willful blindness” are two examples) that have encouraged plaintiffs to sue over behavior that should be plainly protected by the safe harbor.  Thus, Section 512 has become a good cautionary tale of how an immunity or safe harbor’s failure to adequately circumscribe disqualifying scienter properly can undermine the immunity/safe harbor’s efficacy.

* Quick Resolution. An effective immunity/safe harbor ends unmeritorious lawsuits quickly and cheaply. At minimum, it should keep the case out of discovery, where the costs grow so quickly that the lawsuits punish even successful defendants. Veoh provides a good example of how a safe harbor can become useless if it takes too long.  The Ninth Circuit ruled Veoh had properly qualified for a Section 512(c) safe harbor, but the ruling came too late.  By the time the Ninth Circuit blessed Veoh’s practices, Veoh was already dead due to its unsupportable litigation costs.  In contrast, Section 230 cases are usually decided on motion to dismiss grounds and thus are comparatively quick and cheap for defendants, making the immunity a more useful tool for entrepreneurs.

* Sanctions for Bogus Claims.  Plaintiffs should internalize the costs of their bad choices.  For example, anti-SLAPP lawsuits make plaintiffs pay defendants for bring anti-social lawsuits.  This risk that the plaintiff will write a check to the defense–for a lawsuit initiated by the plaintiff–raises the strategic stakes for plaintiffs.  It also makes defendants financially whole.

I welcome your further thoughts about the optimal design of successful immunities and safe harbors.