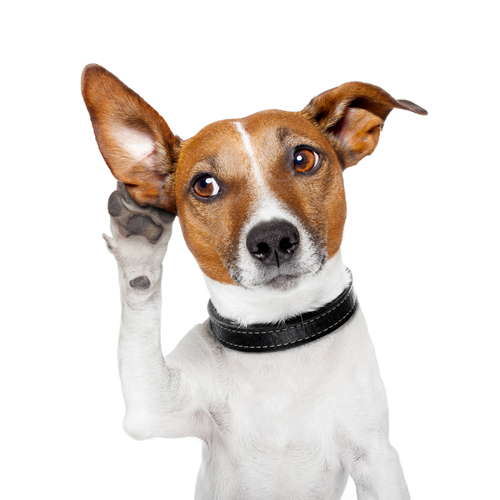 School 29 has a student body that was “almost entirely composed” of minorities. The 23 students in her class were either Latino or African American. She previously taught at a different school and apparently had a tough time adjusting to School No. 29.

I’m not a teacher – I’m a warden for future criminals!

They had a scared straight program in school – why couldn’t [I] bring [first] graders.

The principal of O’Brien’s former school apparently forwarded a copy of the message to the principal of School 29, asking if “there is anything we can do about this.” O’Brien’s current principal confronted her about the posts and she was suspended without pay, pending a full investigation. Meanwhile, news of the posts “spread quickly . . . .” The media got wind of the posts. Parents also complained about the posts. O’Brien was charged with “conduct unbecoming a teacher.”

An ALJ heard the matter, rejected her First Amendment arguments, and ordered O’Brien removed from her tenured position:

An internet-social networking site such as Facebook is a questionable place to begin an earnest conversation about an important school issue such as classroom discipline. More to the point, a description of first-grade children as criminals with their teacher as their warden is intemperate and vituperative. It becomes impossible for parents to cooperate with or have faith in a teacher who insults their children and trivializes legitimate educational concerns on the internet.

Interestingly, the ALJ was on the fence about whether removal was the appropriate sanction, but was ultimately swayed by O’Brien’s apparent lack of contrition. The Commissioner adopted the ALJ’s decision in its entirety.

The court affirms the Commissioner’s decision. Applying the Pickering test for when public employees can be terminated for speech, the court says that O’Brien’s statements were not a matter of public concern. Even assuming the speech was on a matter of “public concern,” the court says that the district’s interest in the efficient operation of its schools outweighed O’Brien’s right to express those comments. The court also agrees that the posts evince a “disturbing lack of self-restraint [and were] inimical to her role as a professional educator.”

Oof. This is a rough result for O’Brien, who at best experienced a momentary lapse of reason in choosing her particular mode of expression. Ten or fifteen years ago, O’Brien’s statement would have taken place in the context of a conversation among peers in a coffee shop or over a beer and would have been instantly forgotten. Today, of course, things are different. Because the comments were posted on Facebook, her former boss was aware of them and was able to forward them to her current boss. News media picked up on them. Parents became agitated. None of this would have happened 15 years ago.

The legal rules are not terribly favorable to public employees, and it’s tough to fault the ALJ and the court for their application of the doctrinal rules. My own view is that it’s an overreaction to fire someone over something like this, especially someone who had a clean track record. You have to wonder whether generational divides and/or attitudes about internet use influence the outcome in these types of cases. The ALJ’s comments and her views about O’Brien’s lack of contrition make me think they do. [As a side note, you also have to wonder how O’Brien would have fared against a private employer, given the absurdly expansive aggressive stance taken by the NLRB against employers who take action based on social media posts.] Also, I can see O’Brien appealing this one. She would face better than usual chances on an appeal.

I hate to end this post with a cautionary note to employees who also happened to be users of social media (which seems like a big chunk of the world’s population), but careful about what you post! As we’ve detailed in innumerable posts here, it can and will come back to haunt you. And when it does, the legal rules are not particularly favorable and unlikely to be of much help.

It’s human nature for employees to joke about common challenges they face in their industry. The teaching profession is no different. Even the most dedicated and passionate teachers will joke about the never-ending and frequent difficulties they face helping students reach their potential. In some cases, this humor will take a dark and edgy turn. I love my job and I care deeply about helping my students, but I’m sure I’ve made remarks–both online and off–that, if subjected to cold, harsh scrutiny by outsiders, could be misunderstood out-of-context.

This case reminds us that many jobs/industries have taboo humor. In addition to this example in the teaching industry, we’ve seen special sensitivity to job-related “jokes” in the funeral industry (Tatro), nursing industry (Yoder and Byrnes) and EMT industry (CareFlite).

[Update: for another example of the intolerance of bad jokes in the funeral industry, see Sutton v. Bailey, 2012 WL 5990291 (8th Cir. Dec. 3, 2012), where a university funeral services director was fired for posting to Facebook: “Toby Sutton hopes this teaching gig works out. Guess I shouldn’t have cheated through mortuary school and faked people out. Crap!”]

I’m sure other industries have taboos where jokes are not OK. Employees in those industries must recognize those taboos–even if they are unstated and the acceptability line is invisible–especially when posting in social media. Otherwise, they face significant social condemnation if the spotlight shines on their attempts at humor. One of the hazards of the job, I guess.

I’m especially interested that Ms. O’Brien didn’t show any contrition for her posts, presumably because she didn’t feel any remorse. I respect her conviction and intellectual honesty, but my reading of this opinion suggests she’d still have her job today if she had showed contrition.

* Mortuary Student Can Be Disciplined for Facebook Posts–Tatro v. University of Minnesota

← Virginia Supreme Court: Litigant Who “Cleans up” His Facebook Page May Be Sanctioned
Court Definitively Rejects AFP’s Argument That Posting a Photo to Twitter Grants AFP a License to Freely Use It — AFP v. Morel →
Subscribe to Blog via Email
Categories