Earlier this month, I spoke at the AALS IP Section meeting in New Orleans on the topic of “trademarks and social media.” My slides. Though I’ve written in this area (see, e.g., my Online Word of Mouth paper from 2007), I didn’t have any new academic research to report. As a result, I decided to take an anthropological approach to the subject material by recounting some of the interesting things I see in social media from a trademark perspective: 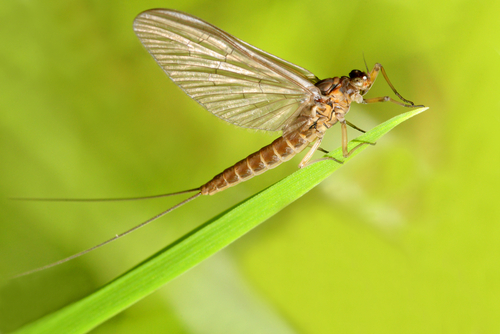 * Instabrands. Brands that, like the mayfly, are born, live and die within a matter of days. I gave the example of the @FiredBigBird Twitter account. Trademark law isn’t well-equipped to deal with such evanescent brands.

* Brand Self-Sabotage. Brand managers are so used to having their conversation filtered through third party editors and gatekeepers that they can make embarrassing gaffes when they actually talk directly to their consumers. I gave the infamous Kenneth Cole/Arab Spring tweet as an example, but there are many in this genre.

* Bashtags. Brands also aren’t used to having their consumers able to talk to each other directly. Brands are even less prepared for the fact that they can’t steer those conversations. Bashtags are an example, where malcontents and vandals can coopt a conversation between brands and their loyal customers. I gave the #McDStories hashtag as the example.

* Followers as “Goodwill.” Trademark law protects goodwill, which is defined as customers’ propensity to keep transacting with a satisfactory vendor. But traditionally goodwill is just a probability that customers will return. In contrast, social media followers are a much “purer” form of goodwill–these are people who voluntarily sign up to communicate with the brand because they voluntarily want to know more about the brand. Trademark law is not well-prepared to deal with legal fights over social media followers because it doesn’t know how to conceptualize those individuals’ interest as goodwill. I gave the example of Dr. Linda Eagle, but there are numerous other examples, though many of them don’t involve trademark claims.

* Private ordering. With the proliferation of private namespaces online, we’re also seeing the proliferation of private adjudications over disputes in those namespaces. As a result, trademark law–as codified in the statutes and interpreted by common law–is being usurped by the private adjudication rules established by private namespace operators. The UDRP is the premier example of online-related private law usurping public trademark law. Similarly, in the social media context, Facebook’s and Twitter’s trademark policies may be more important to trademark owners than actual trademark law.

There prompts a couple of key points: (1) Facebook’s and Twitter’s rules partially reflect, and are certainly influenced by, the statute and common law, but they diverge in noticeable respects, meaning that their interpretations of trademark law may better reflect trademark law “on the ground” than actual trademark law; and (2) these private trademarkish disputes are being resolved by employees of the namespace operator, and these employees probably have no training in trademark law, may have little training in the law at all, and often have no training in adjudication theory.

I don’t have any broad takeaways from these anthropological observations, but I’m game for further discussion if you think we can distill some wisdom from these data points.

← Court Definitively Rejects AFP’s Argument That Posting a Photo to Twitter Grants AFP a License to Freely Use It — AFP v. Morel
Some Concerns About Facebook’s “Graph Search” →
Subscribe to Blog via Email
Categories