Software patents play a huge–and controversial–role in our economy.  In a recent post, I explained some of the unique problems that software innovations pose to the patent system.  This post extends that discussion by exploring two structural hurdles to addressing those problems: (1) the challenge of defining “software,” and (2) which regulatory institution(s) can implement any fixes.  In a subsequent post, I will conclude this three-part series of posts by exploring specific ideas to fix software patents.

Can “Software” Be Defined?

In my previous post, I argued that, functionally, software gathers, manipulates or displays data.  We may know software when we see it, but can we define “software” precisely enough to subject it to different treatment under patent law?

Consider the recently proposed bill, the SHIELD Act, which uses the following definition for software patents:

a patent that covers–

‘(A) any process that could be implemented in a computer regardless of whether a computer is specifically mentioned in the patent; or

‘(B) any computer system that is programmed to perform a process described in subparagraph (A).’

This definition isn’t very satisfying.  First, the term “computer” doesn’t have a natural boundary.  The statute also defines “computer,” but the reality is that it may cover almost every electronic device–many of which now have computer-like functions and are networked.  Second, I don’t know what a “process” means in this context, and the broad language “could be implemented” is uncomfortably capacious too, because just about anything can be implemented via software.

In theory, we can distinguish software from physical devices (e.g., “hardware”).  Even if we do, innovators can often replicate software functionality by designing hardware to incorporate the functionality directly.  In this sense, hardware and software are partial substitutes for each other.  In fact, before patent law clearly allowed software patents, innovators (especially IBM ($IBM)) routinely obtained “software” patents by patenting hardware designed to perform the software-like function.  So any special rules for software patents will just push innovators and their patent lawyers to seek patent protection for hardware that achieves the same outcome, obtaining the synthetic equivalent of a software patent.  In that case, we aren’t making much progress.

Crafting special rules for software patents raises another concern.  We have entered into international treaties that mostly require us to treat all patentable innovations consistently, rather than providing heterogeneous protection for different innovative activity.  Thus, trying to fix software patents might cause us to violate our international treaty obligations.  Fortunately, my colleague Prof. Colleen Chien (SCU) has shown how we could implement software-specific fixes consistent with our treaty obligations.  Indeed, we’ve already created different rules for different innovations, such as special rules for business methods, surgical methods, tax strategies and others.

So, fixing software patents is tricky.  It may not be possible to define software patents precisely, it may be easy for patent applicants to game any software-specific rules, and we have to find a way to remain in compliance with our treaty obligations.  On the other hand, if we avoid software patent-specific fixes and instead try to make changes across all patents, that would dramatically increase the number of potential opponents to the change–and reduce the odds of success.

Who Can Fix the Problems?

Whether we decide to change software patents specifically or all patents categorically, the other major threshold question is who can implement a fix.  The main options are Congress, the courts, the Patent & Trademark Office (PTO) and market solutions/industry self-regulation. 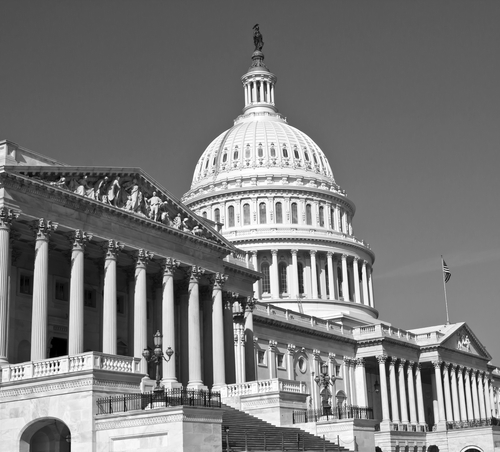 Congress.  In general, the most elegant solutions to software patents involve changes to the patent statute, although most advocates are reluctant to explore this route.  After all, it took years to get the America Invents Act (AIA) through Congress, and the result was significantly watered down from its starting point (and note the surprisingly long punchlist of mistakes in Congress’ final output).  Congress probably doesn’t have a lot of enthusiasm right now for tackling big structural revisions to patent law, and there’s always the possibility of further paralysis from pharma, trolls or the few software industry players who are OK with software patents.

As an intermediate compromise, at the SCU conference Prof. Christal Sheppard (Nebraska) suggested that Congress could pass more resolutions stating the sense of Congress. Although the resolutions don’t have binding force as law, they nevertheless could provide helpful guidance to the courts more quickly and without the typical bruising fights.

The Courts.  Law professors often prefer making the courts into agents of change.  Common law courts have the inherent power to evolve the law, and judicial evolution sidesteps the messy legislative sausage-making process.  But judges can only color within the lines laid for them by Congress (or, rarely, invoke Constitutional considerations), so courts can’t solve all of the problems themselves.  Judges also address the disputes on their desk, not broader social issues, and often don’t seek out information not provided by the litigants fighting those disputes, so it’s not especially easy to educate judges and get them to reflect broader social concerns in their rulings.

PTO.  As the government agency that manufactures patents, the PTO has a lot of power to control its manufacturing process.  However,  as I mentioned in my prior post, the PTO generally leans pro-patents and therefore may lack enthusiasm to fix any problems that result in over-patenting.  The PTO also must color within the lines established by Congress and the courts.

Self-Regulation.  For many software industry participants, software patents create a type of prisoner’s dilemma.  If the industry could find a way to avoid software patents, the overall industry would be better off.  However, so long as any company can obtain patents, it’s in that company’s best interest to do so either for offensive or defensive purposes.  The result is that each company in the industry acquires patents solely to maximize its individual welfare, but the net result is that the entire industry is worse off.   A successful market-based approach would change companies’ payoffs so they no longer face a prisoner’s dilemma.  This is easier said than done.

In all likelihood, we may need participation from each institution to fully redress the problems with software patents.  In the next part of this series on software patents, I’ll recap some of my favorite proposals for fixing software patents and discuss where we should go next.