In the hopes of ratcheting up damages, plaintiffs often try to assert any possible claim in their arsenal. In the realm of copyright law, this may involve asserting DMCA claims against the dirty, rotten infringers, even though the alleged infringement might not fall within the statutory boundaries.

A district court in New York encountered such a situation in DISH Network v. World Cable Inc., where it ultimately slapped down the satellite TV provider’s DMCA claim for failure to prove that World Cable “circumvented” a technological measure within the meaning of the Act. 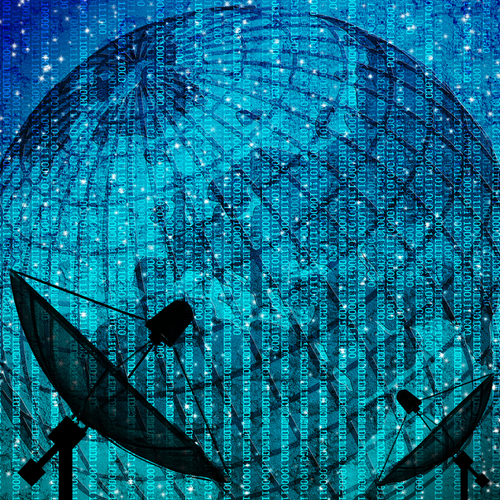 DISH Network is a satellite TV company, and World Cable operates an IPTV distribution system in the New York City area, where customers pay a subscription fee and purchase a set-top box to access the programming. The case revolved around a dozen South Asian TV channels licensed to DISH Network by the copyright owners, and allegedly rebroadcast by World Cable without authorization.

DISH Network secures its satellite signal against unauthorized viewing through a “conditional access system.” Basically, the satellites transmit an encrypted signal down to the customer’s satellite dish, and through a wire to the receiver. For paying subscribers, the smart card in the receiver hardware de-scrambles the signal and allows the customer to view the content.

DISH entered into such subscription agreements with defendants Sajid Sohail, Yasmine Malik, and Shahid Rasul. Upon suspicion, DISH conducted an undercover investigation and alleged to have found that the defendants were actually World Cable agents routing the signal for the South Asian channels through its IPTV system.

In October 2011, DISH filed a complaint asserting claims under the Communications Act. They also brought claims under New York state law for unjust enrichment, conversion, unfair competition, and breach of contract. Smelling blood in the water, DISH also decided to go after World Cable under section 1201 of the Digital Millennium Copyright Act.

By subscribing, the individuals agreed (1) to view the programming only at the address associated with the account, and (2) not to rebroadcast or transmit the DISH Network signals. Thus, it seems clear that World Cable’s actions violated the subscription agreement. The question is whether the DMCA claims were too much of a stretch.

Originally, DISH argued that the scheme “enable[d] the Defendants’ World Cable subscribers to avoid or bypass the Plaintiffs’ encryption which should have protected those signals.”

But in its motion to dismiss, World Cable pointed out that such action would not violate the DMCA, as it is not “circumvention” within the meaning of the statute. Seemingly caught off-guard by this argument, DISH scrambled to characterize the situation in a new light. In a second motion to amend, DISH argued that World Cable circumvented the encryption mechanism by misrepresenting that they planned to use the accounts solely for residential or commercial viewing.

After chiding DISH for its sloppy motions to amend, the court slapped down both of the proffered arguments and granted World Cable’s motion to dismiss the DMCA claims.

On several different levels, DISH Network’s claims simply did not fit within the spirit or the statutory boundaries of the DMCA. The court began by explaining that the anti-circumvention provision in § 1201(a)(1) is aimed at an entirely different type of wrongful conduct than was alleged in the first amended complaint:

“[T]he DMCA is aimed at protecting ‘the efforts of copyright owners to protect their works from piracy behind digital walls such as encryption codes or password protections’. . . Here, while the Defendants alleged fraud may have circumvented contractual barriers to receiving the signal, there are no facts in the first amended complaint from which the Court can infer that they circumvented the “digital walls” that protected the copyrighted works.”

The court notes that if it was to accept DISH’s logic, then anyone that plans to engage in unauthorized redistribution of purchased copyrighted material would violate the DMCA. Such an interpretation would radically broaden the scope of the statute.

To further illustrate its point, the court applied these facts to an analogy put forth by Congress:

“The act of circumventing a technological protection measure put in place by a copyright owner to control access to a copyrighted work is the electronic equivalent of breaking into a locked room in order to obtain a copy of a book” . . . In this case, the room was already unlocked, and therefore the Defendants did not have to “break in” to gain access to the copyrighted work. While lying to convince the Plaintiffs to open the door and then stealing, copying, and selling the content of the books inside the room may violate other laws, they do not violate the DMCA.

In response to this line of reasoning, DISH cited a recent California district court case that interpreted “circumventing” more loosely. In the analogy context, the decision equated breaking into the room and lying to gain access to the room. But the Court disagreed with the entire premise of this argument–it explained that the plain language of the statute focuses on method of access rather than authorization. This means that World Cable would have had to utilize some sort of pirate access device or decryption software to “break in,” so to speak.

DISH also tried to justify the claim under the DMCA’s anti-trafficking provision (§ 1201(a)(2)), but the court struck that down for the same reason. World Cable was not trafficking any decryption devices either.

Even though the defendants gained access to the signals through fraud and deceit, they used the normal process to decrypt the signal–the receiver hardware and the smart card–in the same way they are designed to function. In the end, this distinction proved fatal to DISH Network’s § 1201 claim.

As tempting as the “kitchen sink” approach may be, it always helps to analyze the cost/benefit ratio for bringing certain claims. Based on the haphazard motions to amend, I am starting to think that DISH’s counsel believed they had a solid § 1201 action–which means they were much too optimistic. In order to pursue this aggressive strategy, they had to stretch the facts to fit the elements of the claims. Had they played it more conservative and stuck to the plausible claims, DISH would not have wasted billable hours on arguments that ultimately frustrated and failed to persuade the court.