We blogged previously about US v. Jeffries, where the district court declined to dismiss an indictment for posting an allegedly threatening video to YouTube (and Facebook). My initial blog post about the case: “Court Finds That Threatening Video Posted to YouTube and Facebook Can Constitute a ‘True Threat’.” The basic facts are that the defendant was involved in a custody dispute and posted a music video to YouTube and Facebook. The video extolled a father’s love for his daughter but also contained statements ostensibly directed at the judge who was set to hear the custody modification hearing for the defendant’s daughter: 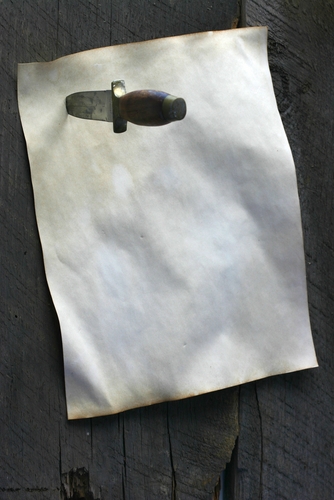 Get their ass out of office.

You don’t deserve to live in my book.

And you’re gonna get some crazy guy like me after your ass.

And I hope I encourage other dads to go out there and put bombs in their goddamn cars.

And I’m willing to go to prison, But somebody’s gonna listen to me, Because this is a new war.

This ain’t Iraq or Afghanistan. This is goddamn America. This is my goddamn daughter.

Stupid f___in’ [Guitar crashes over in the background] BOOM!

Be my friend. Do something right. Serve my daughter.

Yeah, look at that, that’s the evil. You better keep me on God’s side.

Do the right thing July 14th.

Jeffries was convicted and appealed. The Sixth Circuit rejects his arguments on appeal.

Subjective intent requirement: The focus was whether the statute contained a subjective element. The district court said no, and the Sixth Circuit agrees. In other words, it’s sufficient to convict under the statute for the threat to be reasonably perceived as a threat; it doesn’t matter whether the defendant subjectively intended it to be a threat.

The court notes that the majority of circuits, including the Sixth Circuit, have construed the federal statute to not require subjective intent. Jeffries argued that the Supreme Court’s decision in Virginia v. Black (striking down a state statute that banned cross burning) required a subjective inquiry, but the court disagrees. Judge Sutton says that the Supreme Court’s decision in Black turned on overbreadth and the Court did not directly address the subjective intent question (the statute at issue in that case already contained a subjective element). The problem identified in Virginia v. Black – of separating constitutionally protected speech from proscribable speech – was adequately addressed in the context of the federal threat statute because the cases look to whether something would reasonably be perceived as a threat.

Sufficiency of evidence: The court also addresses Jeffries’ argument that there was insufficient evidence to convict. The court says that a reasonable jury could have found the video to constitute a true threat. The video obviously refers to the family law judge who would hear the custody modification, and says to the judge that he should “do the right thing July 14th [the date of the hearing].” This is plenty for a reasonable jury to take the video as a “serious expression of an intention to inflict bodily harm” along with an accompanying goal. The court does note that this is the first time the statute has been applied to a music video, but the statute does not contain anything to preclude this, and a threat can be delivered by any means.

Facebook messages and other videos: Jeffries also argued that the jury should not have been shown the Facebook messages that he sent when he posted the video to Facebook. The court says that these provide the necessary context for the video, and it doesn’t make sense for the jury to have only considered messages that could have made their way to the family law judge. The threat does not need to be communicated to its target and as long as anyone would reasonably perceive it as a threat, that’s sufficient. In contrast, Jeffries actually wanted to show the jury other videos he posted to YouTube, but was prevented by the trial court from doing so. The Sixth Circuit says that this is also not erroneous. These videos were not part of the context for the allegedly threatning video, and the trial court was within its discretion in excluding them.

Interestingly, Judge Sutton, who wrote the Sixth Circuit opinion, wrote separately (“dubitante”) expressing his opinion that although precedent does not require the statute to contain a subjective component, maybe it should. He says that any definition of the term “threat” encompasses an expression of “intent” on the part of the author or speaker. Allowing a conviction based on a purely objective test “reduces culpability on the all-important element of the crime to negligence.” A lot of precedent only looks to the subjective test for whether something is a threat, but according to Judge Sutton, the cases don’t adequately dig in to the definition of “threat” or the history of the statute.

The Sixth Circuit panel viewed its hands as tied on the subjective intent question, although Judge Sutton’s separate opinion is surely intended to flag this for the parties or other judges as something that hasn’t necessarily been correctly decided (despite the appearance of settled precedent on the issue). As mentioned in the initial post, the video was pointed, and it’s tough to not conclude that it wasn’t made with the intent that it come to the family law judge’s attention or have some sort of coercive effect on him. Nevertheless, it’s troubling that the district court rejected Jeffries’ proposed jury instruction on the issue of subjective intent, given that Sixth Circuit precedent appeared to require an intent to “effect some change” through the threat, and given the fact that the threat was made in the form of a music video. It’s possible (although unlikely) that the defendant could have created the video purely as a vehicle for self expression, and the rejection of Jeffries’ proposed jury instruction seems to preclude this defense. (This may be addressed elsewhere in the instructions.) [It’s also worth noting that although I didn’t go back and re-read Virginia v. Black, I recall it being one of the more confusing cases I’ve read.]

It will be interesting to see if Jeffries seeks rehearing en banc.

The standard maxim is that we should never say anything online that we wouldn’t say in person. I wonder if that maxim would have helped Jeffries here. Would he have been willing to sing his song to the judge’s face? If not, then it wasn’t a great idea to post the video online. Overall, I’m seeing an increasing number of cases in this genre–a song recorded in a YouTube video as a means of expressing anger or angst–and I think all of those videos would benefit from being run through the “would you say this in person?” acid test.

I have no disagreement with Eric’s comment that the video clearly didn’t pass the “don’t-post-stuff-online-that-you-wouldn’t-say-in-person” test. Threats against public officials, including judges, are not something to be taken lightly. That said, I wonder whether criminalizing this activity is optimal. As the ABA article notes, the defendant, who happened to be a veteran, also got into hot water over posting allegedly “suicidal/homicidal” tweets. It’s likely that this is part of an overall mental health issue that could benefit from treatment rather than punishment.