* NY Times: From Headline to Photograph, a Fake News Masterpiece

* Wired: Inside the Macedonian Fake-News Complex 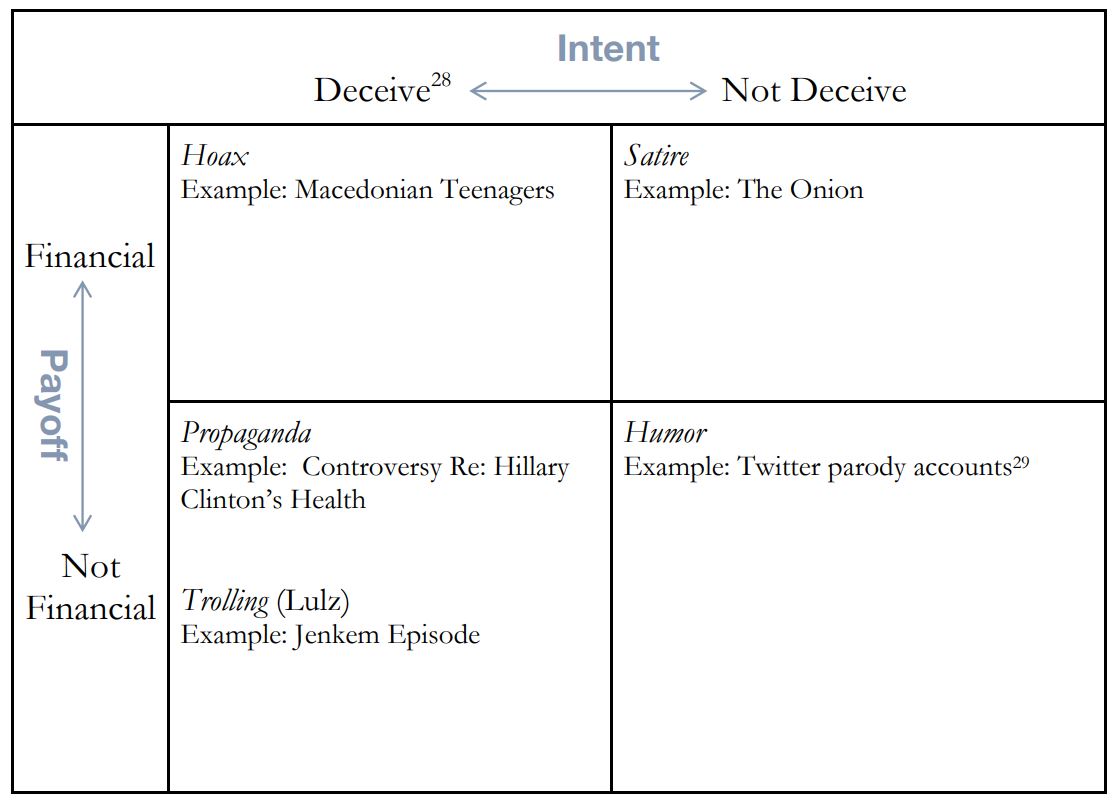 * Combating Fake News: An Agenda for Research and Action, May 2017

* NY Times: The Battle Over Your Political Bubble

Right to be Forgotten

* Techcrunch: Google wins ‘right to be forgotten’ battle in Japan

* Michael  Geist: Did a Canadian court just establish a new right to be forgotten online?

* From India: The Supreme Court of India today directed Google, Yahoo and Microsoft to set up an in-house mechanism to remove online search results, which has “potential to go counter”to Section 22 of the Pre-Conception & Pre-Natal Diagnostic Techniques Act, 1994 (Act).

* In IMDb v. Becerra, the case over the statute requiring the removal of actors’ age information from IMDb’s database, the court blasted California’s discovery requests:

the government’s discovery requests are more than annoying. They’re disturbing….It’s one thing for a legislature to enact a speech restriction without an adequate justification. That sometimes happens. It’s another thing for the government’s lawyers to double down on their client’s constitutional error by imposing irrelevant, burdensome, even harassing discovery obligations on a party that seeks only to vindicate its First Amendment rights in court. That should never happen.

* The Street: A “right to be forgotten”/expungement in FINRA’s BrokerCheck reputational database makes it of dubious credibility

* Milton Mueller: Internet Fragmentation Exists, But Not In the Way That You Think

* Nathan Cortez, Regulation by Database, University of Colorado Law Review, Vol. 89, 2017. A critical examination of how it’s different when governments publish information about their constituents, especially for purposes of shaming them.

* Inside Higher Ed: “The University of California, Berkeley, will cut off public access to tens of thousands of video lectures and podcasts in response to a U.S. Justice Department order that it make the educational content accessible to people with disabilities.”  If you’re looking for paper topic, the ADA as a censorship tool might be an intriguing one.

* Wired: The One Hire Facebook Really Needs to Make to Curb Violence

* The Switch: Facebook adds 3,000 employees to screen for violence as it nears 2 billion users

making private companies curtail user expression in important public forums — which is what platforms like Twitter and Facebook have become — is dangerous. The proposed laws would harm free expression and information access for journalists, political dissidents and ordinary users. Policy makers should be candid about these consequences and not pretend that Silicon Valley has silver-bullet technology that can purge the internet of extremist content without taking down important legal speech with it….Governments that outsource speech control to private companies can effectively achieve censorship by proxy….Filters that can find child sexual abuse images work relatively well because those images are illegal in every instance. But violent and extremist material is different. Almost any such image or video is legal in some context. Filters can’t tell the difference between footage used for terrorist recruitment and the same footage used for journalism, political advocacy or human rights efforts.

* Wired: Hacking Online Hate Means Talking to the Humans Behind It

* The Guardian: May and Macron plan joint crackdown on online terror