What Bothers Brussels: Geoblocking on the Front Burner of the EU Commission (Guest Blog Post) 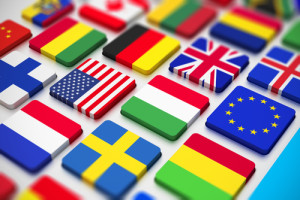 In 2012, when my article on the legal implications of the evasion of geolocation was published, the topic concerned an obscure problem that was of interest to few internet users – not many people were interested in accessing internet content to which access was restricted based on the territory from which internet users connected to the internet. But it seemed reasonable to assume that, with the increasing use of geoblocking on the internet, more users would want to evade geoblocking, and that copyright owners and other stakeholders interested in employing geoblocking would eventually begin to focus on evasion as a threat to their interests.

The development of the interest in geoblocking has accelerated because a concentration of users affected by geoblocking exists in an important center of policy making – in the EU institutions in Brussels (and also in Luxembourg and Strasbourg, which are also seats of EU institutions). The more than 40,000 employees of the EU institutions come from the 28 EU member countries; many of these employees bring their families with them to Brussels (and Luxembourg and Strasbourg) but still educate their children in the languages of their home countries. Naturally, many of the employees and their families want to access content from their home country on the internet, but geoblocking often hinders their access to content. As a result, it is not surprising that geoblocking is now on the front burner of the European Commission. Its project team “Digital Single Market” agreed to “tackl[e] geo-blocking” as one of the issues included in the Commission’s Digital Single Market Strategy.

The background of the leader of the “Digital Single Market” project team (which is to develop the Strategy and present it in May) suggests that the geoblocking problem will be tackled ambitiously: EU Vice-President Andrus Ansip, who leads the project, is from Estonia – a country that has positioned itself to be a progressive internet economy. Estonia, for example, offers e-residency in Estonia to all people in the world, including non-residents of the country. Although the benefits of Estonian e-residency, promoted last December in a series of events in Silicon Valley, might be limited for those who are non-residents of Estonia (as experts on international taxation and international business transactions might attest), the program demonstrates the country’s determination to explore fully all possibilities that the internet might provide.

How will the EU “Digital Single Market” team “tackl[e] geo-blocking?” From the European Commission’s press release of March 25, 2015, it appears clear that the project team is not in favor of geoblocking. The team states that it is a problem that “too many Europeans cannot use online services that are available in other EU countries,” and the team suggests that there is often no justification for the limitations on access to content. Limitations that are justified by copyright law (such as limitations that arise because of territorially-limited copyright licenses) will be “tackled” simultaneously with the geoblocking problem – “[m]odernising copyright law” is listed as a further point on the team’s agenda. The EU has already adopted two directives that should assist in facilitating cross-border access to some copyrighted works (the 2014 EU directive on collective management of copyright and multi-territorial licensing of rights in musical works for online use, and the 2012 EU orphan works directive), but critics argue that more should be done to eliminate impediments to cross-border access to works; some have proposed that a unitary EU-wide copyright might be the only comprehensive answer to the problem.