Instagramming For Freebies? Those Photos Are Ads…To The FTC (Forbes Cross-Post) 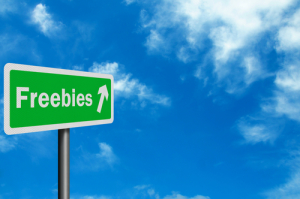 Wouldn’t it be sweet if someone gave you a free helicopter ride, a free 3 year lease for a Mercedes-Benz car, or a free trip to Iceland? As recounted in this recent New York Times article (“Your Instagram Picture, Worth a Thousand Ads”), power Instagram users are raking in freebies from companies hoping they will post a flattering photo to their vast audiences. Though the legal rules applicable to such arrangements apparently didn’t merit any space in the 1,700 word article, the Federal Trade Commission (FTC) is intensely interested in photos-for-freebies deals. Anyone hoping to hop on the Instagram freebie express ought to become intimately familiar with the FTC’s position, or their only “bonanza” may be an unexpected and expensive FTC crackdown.

In 2009, the FTC issued its updated Endorsement and Testimonial Guidelines for the online age. The FTC’s position may be crazy, but it is clear: when a social media author receives freebies for posting content, the FTC thinks the resulting post is an advertisement, and the FTC expects that readers/viewers will be told about the freebies. The FTC gives an apropos example:

Example 7: A college student who has earned a reputation as a video game expert maintains a personal weblog or “blog” where he posts entries about his gaming experiences. Readers of his blog frequently seek his opinions about video game hardware and software. As it has done in the past, the manufacturer of a newly released video game system sends the student a free copy of the system and asks him to write about it on his blog. He tests the new gaming system and writes a favorable review. Because his review is disseminated via a form of consumer-generated media in which his relationship to the advertiser is not inherently obvious, readers are unlikely to know that he has received the video game system free of charge in exchange for his review of the product, and given the value of the video game system, this fact likely would materially affect the credibility they attach to his endorsement. Accordingly, the blogger should clearly and conspicuously disclose that he received the gaming system free of charge. The manufacturer should advise him at the time it provides the gaming system that this connection should be disclosed, and it should have procedures in place to try to monitor his postings for compliance.

The FTC’s policy doesn’t distinguish between blog posts and flattering photos, so this example applies with equal force to Instagram photos. The FTC gives a deeper explanation of its expectations in this document.

In response to blogger uproars about the FTC’s policy, the FTC stressed it wasn’t going to crack down on individual bloggers, and it has kept this promise. Instead, the FTC will hold accountable the vendors requesting such posts and possibly companies that make matches between vendors and social media influencers.

I’ve raised numerous objections to the policy merits of the FTC’s position, including its unwarranted online exceptionalism (i.e., it subjects online authors to more stringent rules than comparable offline authors) and its disregard for a federal law (47 USC 230) that says we aren’t our brother’s keeper online.

Nevertheless, the FTC hasn’t conceded any ground in its expansive views of online posts as ads. Instead, since the FTC issued its revised Endorsement and Testimonial Guidelines, the FTC has paid close attention to undisclosed freebies for social media influencers, including warning letters to Ann Taylor, Hyundai, Hewlett Packard, and Nordstrom.

Although it would be better for the FTC to rethink its position entirely, fortunately the FTC’s guidance to businesses providing freebies-for-positive-posts is actually fairly easy to satisfy:

1) Mandate a disclosure policy that complies with the law;
2) Make sure people who work for you or with you know what the rules are; and
3) Monitor what they’re doing on your behalf.

So even though the FTC’s guidelines didn’t merit a mention in the New York Times article, I hope the Instagram community doesn’t get lulled into complacency. The FTC prides itself as being the Internet’s sheriff, and the FTC really hates what it considers inauthentic content. Given those dynamics, it seems inevitable that an FTC crackdown on freebie-inspired Instagram photos is coming–probably sooner rather than later.