Why You’ll Soon Be Paying Sales Taxes on All of Your Internet Purchases–Amazon v. NY Taxation Department (Forbes Cross-Post)

In the 1992 case Quill v. North Dakota, the U.S. Supreme Court said an out-of-state retailer can’t be obligated to collect sales taxes from buyers in states where the retailer lacks a physical presence.  In those situations, buyers are required to self-report and pay a use tax; however, few buyers make these payments, so state tax revenues depend on getting sellers to collect sales taxes.  In their never-ending quest to boost tax revenues, states have been experimenting with ways to work around Quill so the states can capture revenue from out-of-state sellers.  A court ruling from New York recently blessed a tricky Quill workaround implemented by New York.  That ruling, plus increasing Congressional interest in the issue, virtually ensures that you’ll be paying sales tax on all of your Internet purchases soon. 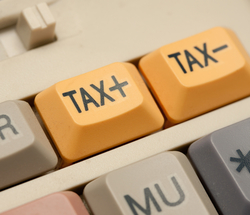 State tax officials have been gunning for Amazon for years due to its huge e-commerce revenues and strategic efforts to limit the number of states where it had a physical presence.  Starting in 2008, some states have adopted the so-called “Amazon tax,” though the tax applies to other similarly-situated online retailers.   The tax targets online retailers’ affiliate programs, such as Amazon’s “Associates” program, where individuals and businesses refer customers to an online retailer in exchange for a share of the revenue generated by those referred customers.  [Note: I have been an Amazon affiliate since 2007].  The Amazon tax says affiliates are the legal equivalent of a company’s traveling salespeople;  and a retailer has a physical presence in states where its traveling salespeople are located.  With this nifty trick of redefining what constitutes a physical presence, the tax superficially satisfies the Quill requirements and allows the state to impose sales tax collection obligations on retailers outside the state.

Amazon didn’t stand by idly as states started adopting the Amazon tax.  In states that proposed an Amazon tax, Amazon threatened to terminate its affiliate program for those state residents; and Amazon carried through with its threat if the tax was enacted, which both defeated the states’ efforts to force Amazon to collect sales tax and simultaneously reduced the income of state residents who were Amazon affiliates.

As a result, the Amazon tax isn’t guaranteed to pay off for states adopting it.  As one opinion piece argues, Illinois’ implementation of an Amazon tax was disastrous–the state lost affiliates, companies fled the state, and the new tax generated only about 5% of its promised sales tax revenue.  A different report recounts how states adopting the Amazon tax generate far less sales tax revenue from online commerce than they hoped.  For example, California will generate a little over $100M/year in online sales tax revenue, not the $1.9 billion/year projected by analysts.

California’s Amazon tax adoption proved to be an inflection point in the Amazon tax battles.  Consistent with its threats and practices, Amazon initially tossed its California affiliates overboard (including me).  Then, in a startlingly change of tune, Amazon committed to building a distribution facility in California.  The distribution facility locks Amazon into a bona fide physical presence, obligating it to collect California sales tax regardless of the Amazon tax.  After striking this deal, Amazon restored its affiliate program for California residents.

Why did Amazon flip?  In part, it’s because Amazon wants to offer same-day delivery.  To do so, Amazon will rapidly and dramatically expand its network of distribution facilities, which ensures physical presence in those states and makes the Amazon tax in those states irrelevant to it.

While Amazon was fighting state legislatures over the passage of Amazon taxes, Amazon and Overstock.com also fought back in court.  In 2008, both companies challenged New York’s implementation of an Amazon tax.  Recently, the New York Court of Appeals (New York’s highest state court) upheld the Amazon tax in Amazon.com, LLC and Overstock.com, Inc. v. New York State Department of Taxation and Finance.  [The opinion]  It’s a terrible opinion that will make most advertising professionals cringe at its cluelessness.

Meanwhile, now that the Amazon tax has survived a major court challenge, any state that hasn’t already adopted it will likely do so, making the Amazon tax applicable nationwide.  When this happens, Amazon and Overstock will have to collect sales tax nationwide, along with other online retailers with big affiliate programs.  Eventually, I expect states to further lower the quantitative thresholds of what affiliates are the equivalent of traveling salespeople, such that most online retailers with affiliate programs will have to collect sales tax nationwide.

Online retailers still retain the nuclear option of killing their affiliate programs, just like Amazon killed it in California for a while.  There’s a decent chance that the New York ruling and the inevitable nationwide proliferation of the Amazon tax will prompt many online retailers to do so, which jeopardizes the entire affiliate marketing industry.

The Next Battleground: Congress

Meanwhile, e-commerce has become such a large share of the retailing pie that Congress can’t ignore it.  There has been renewed efforts in Congress to impose nationwide sales tax collection obligations for Internet retailers–see the Marketplace Fairness Act (S.336/H.R.684).  (The Quill decision doesn’t restrict Congress from taking such actions).  The Senate recently passed a non-binding resolution supporting the law, and I think its passage is inevitable and increasingly imminent.

Once Congress imposes nationwide sales tax collection obligations, the Amazon tax becomes irrelevant.  Just like Amazon restored its California affiliate program, online retailers won’t need to shut down their affiliate program if they are already obligated to collect sales tax nationwide.  As a result, rather than fight the Amazon tax state-by-state, the affiliate marketing industry might get behind a nation-wide tax collection obligation.  Amazon has already endorsed the Marketplace Fairness Act (after all, it wants its competitors to bear the same costs it’s incurring).

So who’s left to oppose federal legislation imposing sales tax collection obligations?  Offline retailers want to close the loophole that allows online retailers to undercut their prices, and Amazon and the affiliate marketing industry both have been coopted.  There may be no more strong voices in opposition.

To be clear, the sales tax collection doesn’t constitute a new tax.  Buyers are legally obligated to pay use tax for items where the seller doesn’t collect sales tax.  But because so few buyers currently pay the use tax, the imposition of sales tax collection obligations will be the de facto equivalent of a new tax that online buyers–you and me–will pay.