I want to call your attention to “The Google Shortcut to Trademark Law” by Lisa Larrimore Ouellette, a post-doc at Yale ISP. You might not be familiar with Lisa’s work because to date she’s mostly focused on patents. 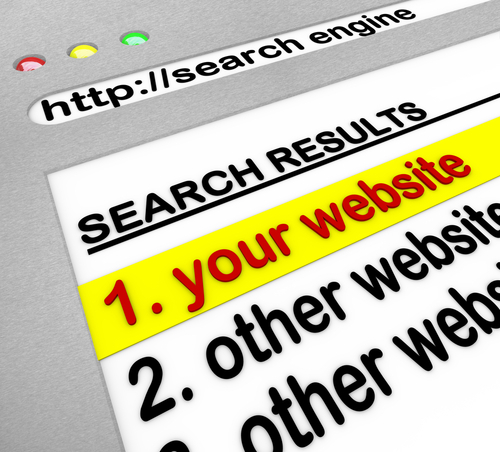 The paper asserts that courts can assess the secondary meaning of trademarks as well or better than current techniques by evaluating Google’s search results rankings. This argument is crazy. There’s simply no way we could base an essential doctrine of trademark law on the proprietary black-box algorithmic decisions of a for-profit company…could we?

Yet, the paper provides persuasive empirical evidence that Google search results correlate highly with judicial determinations of secondary meaning, and she explains the deviations by arguing that Google gets it right more than the court does. And before we start feeling nostalgic for the “tried-and-true” methods of determining secondary meaning, let’s be honest that those methods suck. Sometimes judges just “wing it” using their intuition, but more frequently the parties proffer hired-gun experts whose incredibly expensive surveys usually get little weight after the counter-experts attack the methodology. The parties can easily spend $100k+ each on experts to prove/disprove secondary meaning with uncertain accuracy. If instead we could achieve the same or better accuracy from a few Google searches, costing basically $0, why wouldn’t we do that?

In fact, I see this paper as an example of how we might use online evidence to support or disprove secondary meaning and other trademark questions that turn on consumer perceptions. In the old world, we used unreliable “proxy” metrics like how much money the trademark owner spent promoting its brand. In the new world, we can now easily measure *actual* consumer interest in brands using a variety of data sources: eBay feedback ratings, Facebook likes, Twitter followers, Pinterest followers, Alexa ratings, YouTube pageviews, etc. I’m not sure how many of these data sources are credible, but before you discount them too heavily, consider if you prefer hired-gun experts (or judicial intuition) as the putatively “more credible” alternative.

Although I think Lisa is onto something important, I did pose some challenges to her, some of which she has responded to in the most recent draft:

1) Right now, her theory only works for word marks, not other types of marks such as logos or trade dress.

2) I also asked about personal names as marks, and she’s hedged the application of her arguments there (see FN147)

3) I raised a concern that Google search results placements can change frequently. To her credit, she reran her results, and she concluded that the changes during the interim weren’t significant. See page 56.

4) I noted Google-bombing/anchor-text attacks as a way that trademark owners can boost their results placements without any change in consumer perceptions. As Lisa notes, Google-bombing has become harder (page 58) but it remains a possible weakness of the measurement.

Overall, a fun paper. Check it out!

The strength of a trademark — the extent to which consumers view the mark as identifying a particular source — is difficult to evaluate in practice. Assessments of “inherent distinctiveness” are highly subjective, survey evidence is expensive and unreliable, and other “commercial strength” factors such as advertising spending are poor proxies for consumer perceptions. Courts often fall back on heuristics and intuition rather than precise logical analysis.

But there is a simpler way to determine whether, when people look for a mark, they mean to find a certain product: Google. Google dominates the web search market by correctly predicting what people think of when they type a word or phrase, and Google results thus can increase the predictability and accuracy of the subjective tests in trademark law. Courts have generally given online search results little weight in offline trademark disputes. But the key factual questions in these cases depend on the wisdom of the crowds rather than expert judgment, making Google’s “algorithmic authority” highly probative.

Through a study of federal trademark cases and contemporaneous search results, I argue that Google can generally capture both prongs of the test for trademark strength: if a mark is strong — either inherently distinctive or commercially strong—then many top search results for that mark relate to the source it identifies. The extent of results overlap between searches for two different marks can also be relevant for assessing the likelihood of confusion of those marks. In the cases where Google and the court disagree, I argue that Google more accurately reflects how consumers view a given mark.

← Why You Should Consider Teaching Advertising Law (Including Comments from Felix Wu of Cardozo)
17 USC 512(f) Is Dead–Lenz v. Universal Music →
Subscribe to Blog via Email
Categories