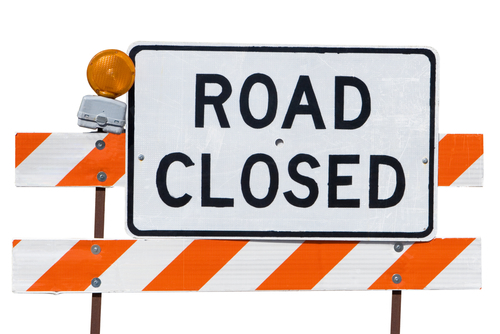 This is the long-running case involving a YouTube video of a baby dancing to a Prince song. Universal Music overzealously took the video down for 6 weeks in 2007 via a 512(c)(3) notice. The video now has 1.2M+ views, so it’s since become a cultural icon. The video has spawned 6 years of litigation over Universal’s wrongful takedown notice–litigation that is going nowhere fast and unfortunately will yield nothing useful when it’s done.

Judge Fogel rejected the summary judgment motions of both parties, sending this case to trial on Universal’s scienter when sending the takedown notice. Judge Fogel summarizes the permissible arguments each party can make:

Lenz is free to argue that a reasonable actor in Universal’s position would have understood that fair use was “self-evident,” and that this circumstance is evidence of Universal’s alleged willful blindness. Universal likewise is free to argue that whatever the alleged shortcomings of its review process might have been, it did not act with the subjective intent required by §512(f).

Framed that way, Universal almost certainly wins in light of the Ninth Circuit’s 2004 Rossi case. Universal made a boneheaded move sending the takedown notice, but even with her many sympathetic facts, Lenz is unlikely to persuade a jury that Universal had the subjective bad faith required by Rossi.

Even if Lenz persuades the jury otherwise, Judge Fogel’s latest ruling makes it clear that there’s no meaningful financial payday at the end of this road. Lenz will get $1,275, the value of EFF’s Marcia Hoffman’s pre-lawsuit legal advice, plus possibly other damages of no consequence. Judge Fogel gives the example that “Lenz must have incurred at least minimal expenses for electricity to power her computer, internet and telephone bills, and the like.” In other words, those other damages are probably worth another nickel. With such a small dollar value at issue, and the cost of a jury trial so high, this case really ought to settle now. There’s nothing left for anything to prove, and the transaction costs of reaching the inevitable denouement aren’t worth it to either side.

The 2004 Rossi case, requiring subjective bad faith on the part of the takedown notice sender, eviscerated 512(f) as a cause of action, but this case–with its cramped definition of damages–has killed off 512(f) as a cause of action. Except in those rare cases where 512(f) supports equitable relief (and that does happen occasionally–see, e.g., Design Furnishings v. Zen Path), there are very few circumstances where it makes economic sense to bring a 512(f) lawsuit. What a shame.

512(f) is dead for another reason. The statute contemplates that copyright owners would communicate their preferences to service providers exclusively via 512(c)(3) takedown notices, but many copyright owners have developed other ways to kill user-generated content (UGC) files without sending 512(c)(3) notices. Indeed, as this case notes in FN1, Universal now has a deal with YouTube to kill files directly, no takedown notice required–and therefore, 512(f) doesn’t regulate Universal’s communications to YouTube. That’s increasingly true of other major copyright owners.

The in-the-field move away from 512(c)(3) notices is just one example of how industry conditions have changed over the past 15 years that affect the DMCA without any legislative change. There are many others. We are holding a conference on March 15 at SCU, a “15 Year Retrospective on the DMCA,” to discuss this and many other changes. It will be a terrific discussion, so please come!

* Disclosure of the Substance of Privileged Communications via Email, Blog, and Chat Results in Waiver — Lenz v. Universal