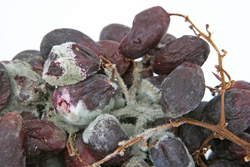 Recently, the European Commission announced details of a proposed antitrust settlement with Google (the full commitments).  Google’s competitors now have the opportunity to publicly whine about the deal as part of the “market testing” procedural step.  I doubt the inevitable sour-grapes objections will prompt any meaningful change to the settlement.

The EC’s proposed antitrust resolution with Google follows the FTC’s resolution of a similar inquiry earlier this year.  With these matters nearing the finish line on both sides of the Atlantic, I thought it might be timely to assess winners and losers from Google’s multi-year antitrust battles.

Winner: Google.  Poor Google.  They have suffered through one low-merit antitrust legal challenge after another, including federal and state inquiries and private litigation (the latter has gone nowhere).  Of course, competitor (and regulator) jealousy and greed come with the territory any time a company finds a way to mint money.  But don’t feel too sorry for Google; many of us would happily endure its antitrust problems for even a small sliver of Google’s annual profits.

Despite its wasted time and money, viewed holistically, Google has emerged as a big winner of its multi-year, multi-front antitrust battles.  Its competitors and critics have repeatedly hit it with their best shots, yet Google’s aggregate concessions have been minimal.  Google’s antitrust legal team–both employees and outside lawyers and consultants–have done a remarkable job quelling the threats they’ve faced.

Winner (Mostly): FTC.  The FTC made two choices that should have chalked it up as a loser.  The FTC never had the evidence to support a broad antitrust inquiry into Google’s search practices, and the inquiry lasted longer than it should have.  Yet, I’m counting the FTC as a winner for two reasons.  First, it decisively admitted that it never found adequate evidence of Google’s search bias, rather than trying to keep bluffing a weak hand.  Second, the concessions it did obtain from Google were generally narrowly tailored for the problems the FTC sought to redress.

Loser: European Commission. Superficially, the EC had more antitrust leverage against Google than the FTC.  EU antitrust law is more pro-regulator than US law, and Google has a much greater share of the search market in Europe than in the US.  Yet, despite years of tough rhetoric from EU antitrust regulators, Google’s concessions to the EC are only a little more than what the FTC got.  Viewed that way, I’m tempted to say the EC “underperformed” compared to the FTC.  However, given that neither the EC nor the FTC ever had any substantial grounds for their antitrust inquiries, the EC’s real failing was publicly promising more than it ever could deliver.

Loser: Google’s Competitors and Critics, including Microsoft, the questionably named “FairSearch,” vertical search engines and online content publishers.  For years, I’ve felt like Google’s competitors waged a war of attrition against Google, trying to tie down Google in as many sticky battlegrounds as possible.  If that were the only goal, the competitors’ campaign has been successful.  However, overall, a war-of-attrition against Google never made sense.  Google’s financial fortunes allow it to easily outlast the most determined rivals.  Further, if the goal was to hamper Google’s innovation process, that also failed decisively.  Not only has Google continued to evolve and improve its core online services, but Google continues to generate lots of buzz for things like Google Glasses and driverless cars.

So what do Google’s competitors have to show for their multi-year campaign against Google, and the (tens of?) millions of dollars spent along the way?  A few restrictions on Google’s practices, mostly de minimis to Google and worthless to its competitors.  The most significant “payoff” has been the regulatory mandate that Google create and display a new ad unit alongside its own vertical search results.  The ad unit will provide links to up to three competitive vertical search services that meet minimum standards; in some cases, the links will be free, otherwise the links will be auctioned among qualified search services.  Exactly how valuable is this new ad unit to advertisers/Google rivals?   While advertisers always love free traffic, my guess is that consumers will largely ignore these links and they will deliver minimal traffic, in which case there won’t be much bidding at the auctions.  I hope we’ll see data about the clickthroughs and auction prices eventually so we can judge just how useful this concession really was.

Loser: a Unified Internet.  Google will implement some of its EC commitments only in the European Economic Area (the EEA).  Thus, EEA consumers will experience a different Google than the rest of the world (though the differences aren’t major).  For Internet purists who once hoped that the Internet would help integrate a unified global community, the additional regulatory-driven deviations between the European Google and the rest-of-the-world Google has to be disheartening.  Indeed, due to different regulatory schemes, many global Internet properties like Google already run country-specific flavors of their services, reifying existing geographic differences rather than transcending them.

Winners: Consumers (But Not For the Reason You Think).  The EC commitments mandate that Google follow certain user interface designs, such as displaying a box around certain Google self-promotional links and displaying icons next to certain search results.  The underlying subtext is that such efforts will improve consumer search processes, but is this true?  Typically Google does A/B user testing before changing any user interfaces to see if new interfaces are an improvement over the existing ones.  Was A/B testing done here?  Sadly, nothing indicates that any consumer testing was done, and I suspect the EC guessed what consumers wanted rather than basing their mandates on actual empirical data.  If I’m right, it’s possible the EC’s user interface mandates will backfire.  For example, one possibility is that the required boxes and icons will draw users’ eyes to the Google links, which will counterproductively drive more internal traffic to Google at the expense of its competitors.

Either way, I don’t expect anything in the commitments (or, for that matter, the FTC settlement) will make a material difference to consumers.  If I’m right, these resolutions don’t harm or improve consumer welfare; they will simply reflect a lot of regulatory angst to achieve the same outcome.  Based on my expected results, I’m declaring the global Google antitrust battle resolutions to be a non-event for consumers.  Given the risk that regulators were going to screw up something as important as online search, that’s actually an unexpected win for consumers.